The Author underlines the cultural, practical and economic reasons that suggest to adopt the Common European Sales Law (CESL) in light to improve the process of harmonization of the European contract law. Some Academics and Stakeholders have criticized the initiative on the basis of skeptical and various arguments. The Author remarks that any consideration on the role, the impact and the effects of the new uniform contract law rules has to be considered in a medium and long term perspective. At the beginning, it can be predicted that the new instrument will create interpretative difficulties and it will take some time to become attractive for all the actors of the European legal environment. After this initial period of application, the benefits and goals of this legal initiative will become more obvious. Therefore, we can expect to verify that the CESL will contribute to give more attractiveness to our market, as well as to strengthen the European identity. After analyzing the relationship between the CESL and the system of private international law and the potential conflict with the CISG, the Author focuses his attention on the optional nature and purposes of the new initiative and considers that the achievement of these aims depends upon the possibility to ensure a uniform interpretation of the meaning of the various provisions of the CESL. The advantages to introduce common rules in an European legal environment so fragmented could easily be undermined by the fact that the cross-border disputes will continue to be adjudicated by national courts. Thus the transparency, the open communication and the easy access to national rulings are important instruments to pursue legal certainty. Furthermore, a relevant role can be played by the European Court even if it can be involved only in a limited number of cases. 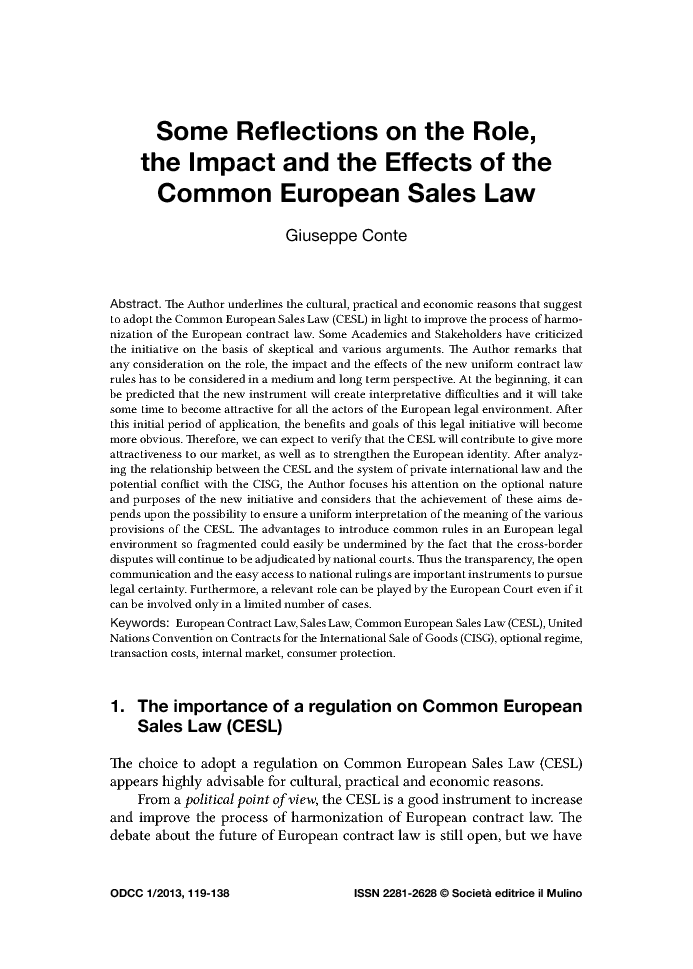