The article aims at challenging the current definitions of the principles of law from the point of view of the European legal system. Its multi-levelled structure and its constitutional architecture, strongly based on the subsidiarity of the European Union, call for a new understanding of its principles. The authors of the article assume that the principles of European law are to be identified with the common core of the national legal orders, i.e. with the ius commune Europaeum, and with the constitutional condition of its application by the European Court of Justice. Such principles should be obtained through the critical comparison among the national laws, which should be aimed at pinpointing their points of convergence, even if implied and potential, with the only limit of their «not inconsiderable divergences» (case Höchst). Moving from such assumptions, the article deals with some interpretations of the Draft Common Frame of Reference (DCFR) and of the proposal of a Common European Sales Law (CESL), as well as of the Principles of European Contract Law (PECL). Finally, the need of finding the equilibrium between principles and rules of European law is discussed by the authors as a question of policy, which should be addressed by balancing the risk of failure of the legislative power (eventually caused by an overflow of the rules) with the risk of an unbearable democratic deficit (eventually caused by an overflow of the principles). 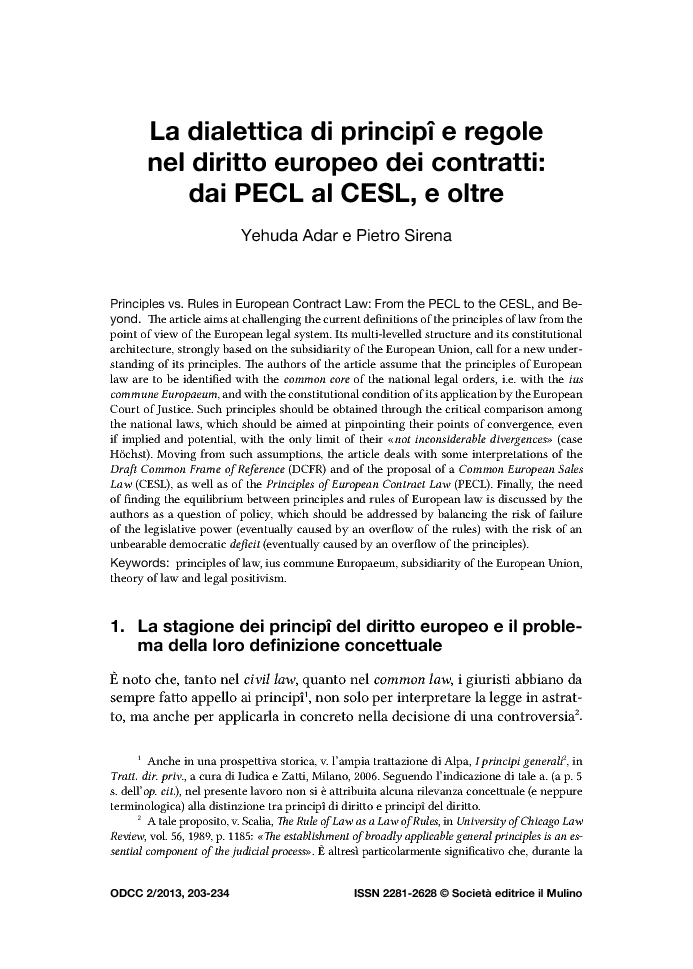