The subject matter of package travels has been regulated in Italy since the 90s. The first discipline of travel packages dates back to the Council Directive 90/314/EEC, adopted by the Italian legislator with Decree no. 111 of 17 March 1995, and then incorporated into the Italian Tourism Code (Legislative Decree No. 78/2011). In 2015, the European legislator has innovated the discipline through the Directive (UE) 2015/2302 concerning package travel contracts and related tourist services. This essay focuses on the «system» outlined by the two directives and the Italian tourism code regarding in particular the hypothesis of unilateral changes and termination of the package travel contract by the trader and the remedies granted in such hypotheses to the traveller. The interpretation of these provisions, in Italy, was particularly difficult, because of their distance (under the perspective of both language and practical solutions adopted) from Italian general contract law, and also because of the not easy connection between the same provisions. It seems therefore useful to focus on a comparison between the two directives. In fact, despite substantial continuity, with regard to our subject, the systematic structure of the two directives presents some significant differences, and some solutions now seem to be more clearly defined, also taking into account the Italian legislation, which presents some friction points compared to the new European rules. 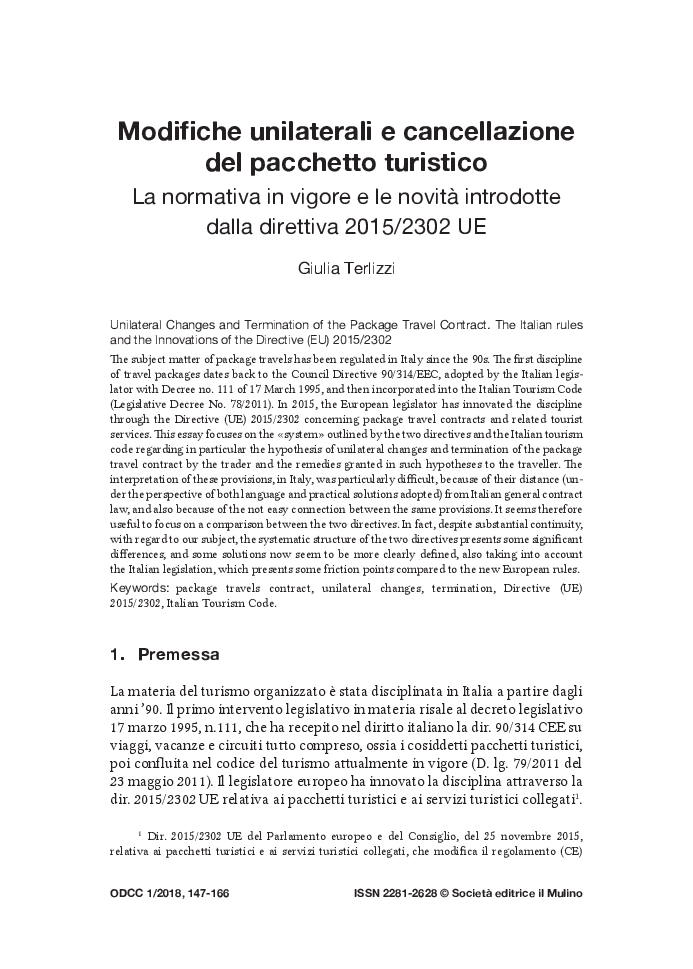