The article tackles the issue of digital contents' regulation after the death of their owner, starting from the scope and content of «digital succession». It continues with the task of determining the regulatory framework concerning the devolution of both economic assets and personal or family memories stored on the Internet, under Italian Law of Succession and EU Regulation n. 650/2012 on European Certificate of Succession. Once considered the US «Revised Uniform Fiduciary Access to Digital Assets Act», the contribution also debates the development of new digital instruments and records, other than will and testament, formed by using online tools (such as Facebook «Legacy Contact»). In the conclusion, the article sheds light on the peculiar mixture of economic and personal interests and the strong interaction between laws of succession, contract law, data protection law and rights of personality in this subject. Hence, it suggests the possibility to recognize the role of boundary to European and national laws of succession in opposition to terms and conditions of digital service agreements. 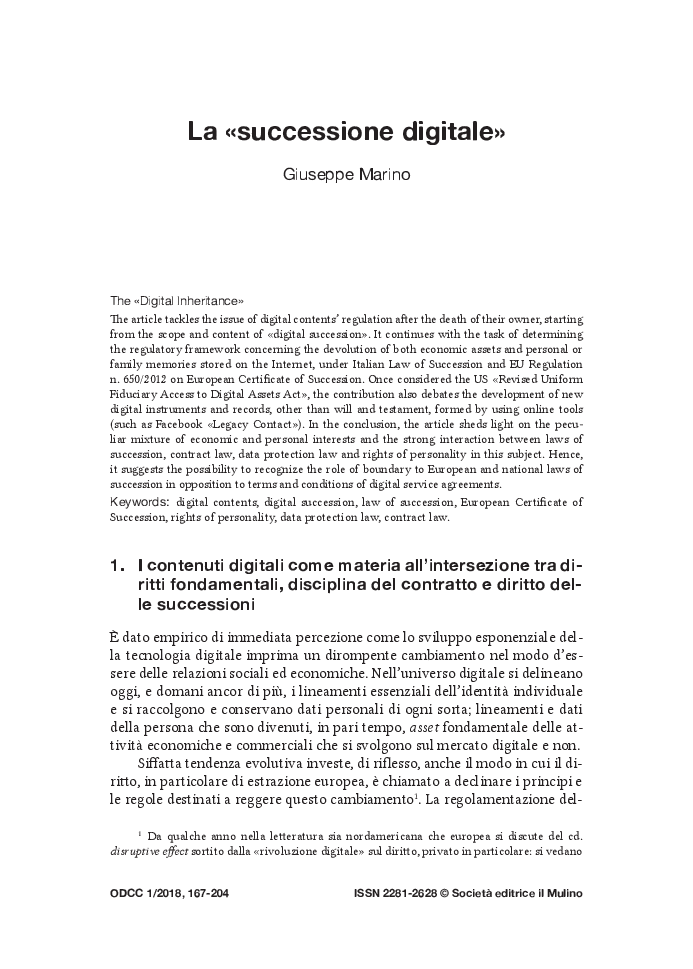