The issue of the efficacy of the registration in the businesses registry of the company's deliberation and the resulting possibility to include accidental elements to it has been debated in the legal doctrine and jurisprudence for a long time. Several different theses have been introduced, which expressed the outlines of a deliberation being purely constitutive, being constitutive in a limited manner, or being declaratory. In reality, nowadays it is possible to define a new balance between the assumption, the validity, and the efficacy of a deliberation. The deliberation, already perfected, can be effectively executed within the registration's time limits with respect to the interests of the partners, the partnership, and even third parties, as long as the company provides the deliberation's proof of knowledge by the said parties. The principle of the deliberation's immediate ability of being executed must stop whenever the company's interests are in contrast with the interests of creditors, as in the case of real capital reduction, revocation of liquidation, change in the business structure, merger, and break-up. Said transactions may be executed only after the expriration of the time granted to the creditors to oppose to them. 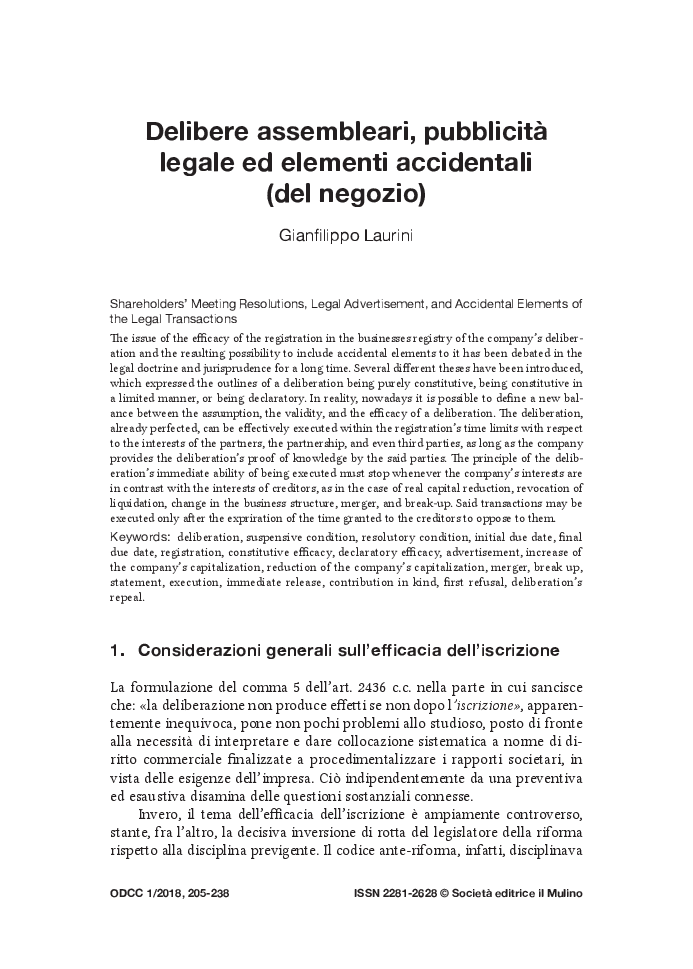