Participating in the concerns expressed by Cold War British Fiction, Anthony Burgess in his dystopian production (A Clockwork Orange, The Wanting Seed, 1985) reworks the instances in the light of a Manichaean conception of reality and a cyclical vision of history in turn led back to the conflict between state and individual. Within this narrative line and against the backdrop of ideological tensions between the United States and the Soviet Union, Burgess’ reflections on the crisis of Western society gradually converge with a vision of Europe which, understood in its cultural rather than institutional significance, imposes itself as the vanishing point of Britain’s sense of national identity, of its complex international relations and of its controversial relationship with the processes of European integration 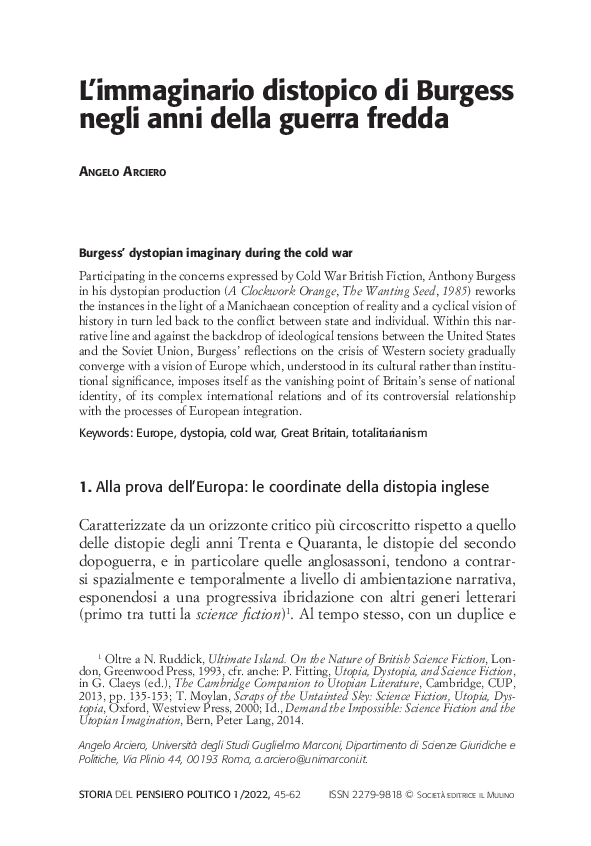