In a critical dialogue with the dystopian tradition that had staged the drama of the violent deprivation of freedom by the State, Michel Houellebecq’s Soumission recounts the dynamics of voluntary servitude and observes the phenomenon of the surrender of freedom by choice. In showing us the conditioning capacity of advanced capitalism, the fascination of a life shaped around the passion of well-being, the force of determinism, Houellebecq builds a critical argument that pivots between the habit of dependence and the eclipse of the desire for freedom, between solitude and illiberty. His discourse enters in an original way into the framework of a dystopian literature that has chosen the European Union as the background of its narratives, denouncing the unfulfilled realization of the utopia of a democratic society founded on the principle of free movement of individuals and goods, on the respect of fundamental rights and guaranteeing a general level of well-being. 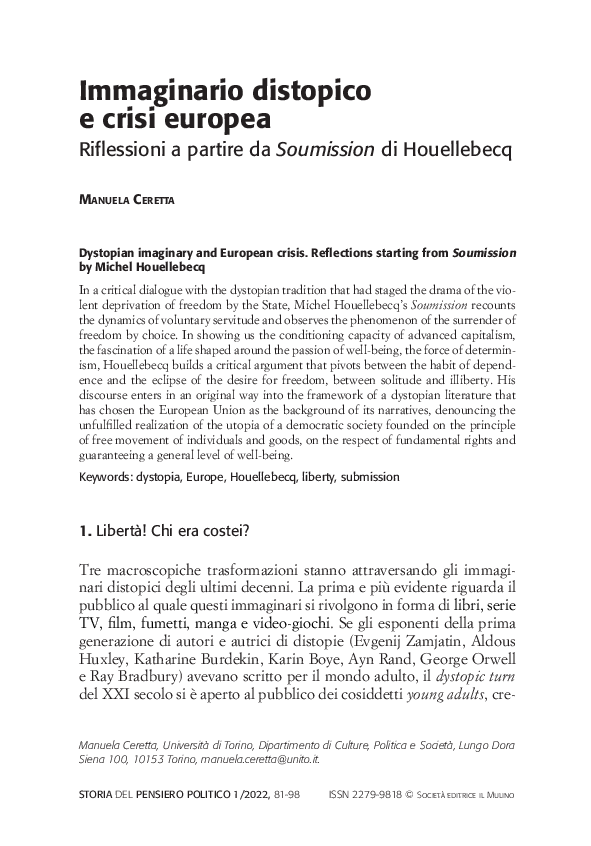