The comparison that Leo Strauss develops with Hobbes's thought represents the heart of his questioning on modernity: whereas Machiavelli is the founder of modern political philosophy, Hobbes is the founder of modern ideal of civilization described in terms of cohabitation of humankind grounded on rational criteria. The real core of Hobbes's interpretation of Strauss is the anthropological and moral dimension. Against Plato and Aristotle, Hobbes marks the start of the modern tradition of moral right considered as different from the classical idea of moral law. Nevertheless, Hobbesian natural right is not only different from the natural law of Classical Greece, but also from the naturalistic principles of mechanism. For Strauss, indeed, the Hobbesian view of natural right expresses a subjective and legitimate claim, independent of any obligation or law in a form that in any case cannot be reduced to a set of natural appetites. Therefore, Hobbes's political philosophy does not rest on the application of the method of new Galilean science to politics, but on his particular moral vision, based on his theory of passions. 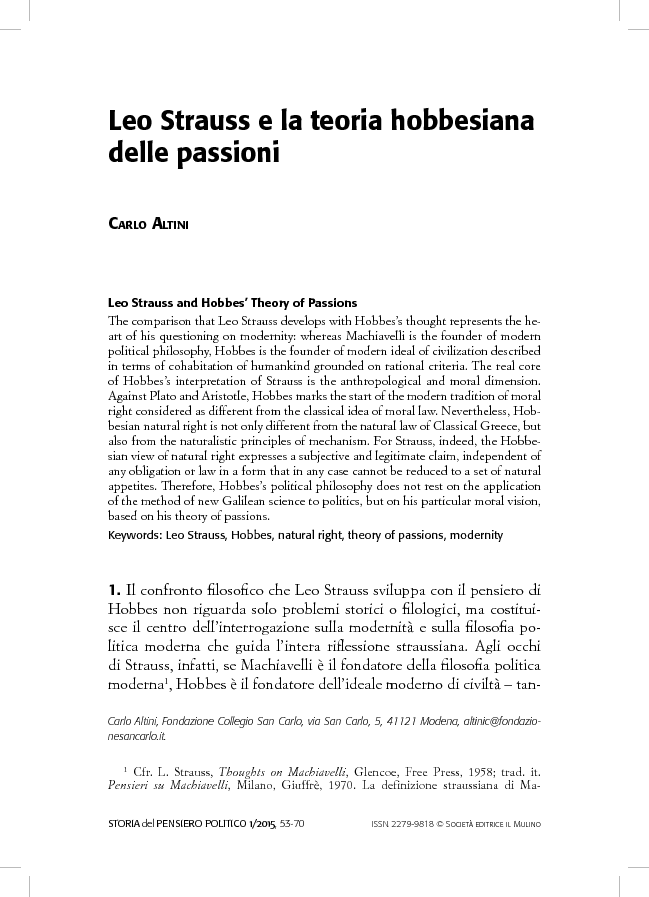