This article - which examines the volume by Pierre Dardot and Christian Laval, "Commun" - intends to work out the meanings, including their historical background, which pertain to a crucial discursive field in today's political debate: those of the terms common /commons. The goal, following Dardot and Laval multifold proposal, is to understand how to overcome the evident indeterminacy of a word such as "commun". The critical analysis of the extremely complex, and frequently fuzzy, genealogies of common /commons is a fundamental step in this intellectual program, indeed a precondition for the elaboration of a convincing conceptual tool. This concept is interpreted, following the perspective outlined by the Authors and now at the heart of the debate, as a principle of self-government (to be introduced in all spheres of social life), based, fully in accordance with the demand for radical democracy, on the conflicting practices which create new institutions. 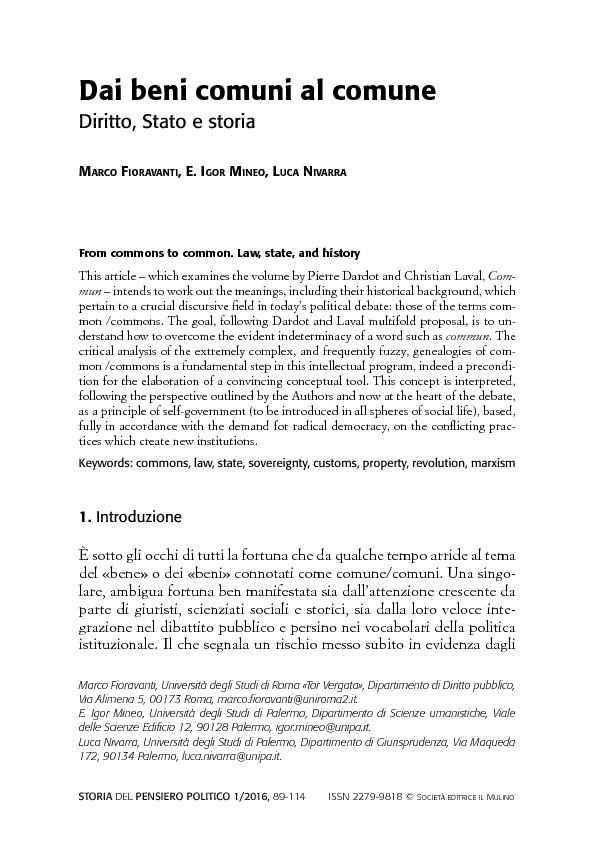