From the Eastern Enlargement onwards, the EU has related its geopolitics to the diffusion of distinctive legal and political principles, linked to the design of constitutional democracy. The EU attempts to promote a distinctive constitutional imaginary, which helps to define who is included in the European project, and who is not (or threatened with exclusion), and which gives the EU a certain political leverage also beyond its borders. In this paper, I will look into how the geopolitical approach of the EU, in particular in terms of enlargement and control beyond its borders, entails a distinctive democratic-constitutional narrative. Constitutionalization processes in the New Member States, but also beyond, might be said to contain dimensions of a form of ≪informal imperialism≫. This means that the EU and other relevant organizations (e.g. the Council of Europe) promote a distinct, even if not well-defined, constitutional template for member states to follow, in particular in newly acceding states. It involves in some ways a form of cultural or informal imperialism, and can be understood as a distinctive, post-national geopolitical politics. 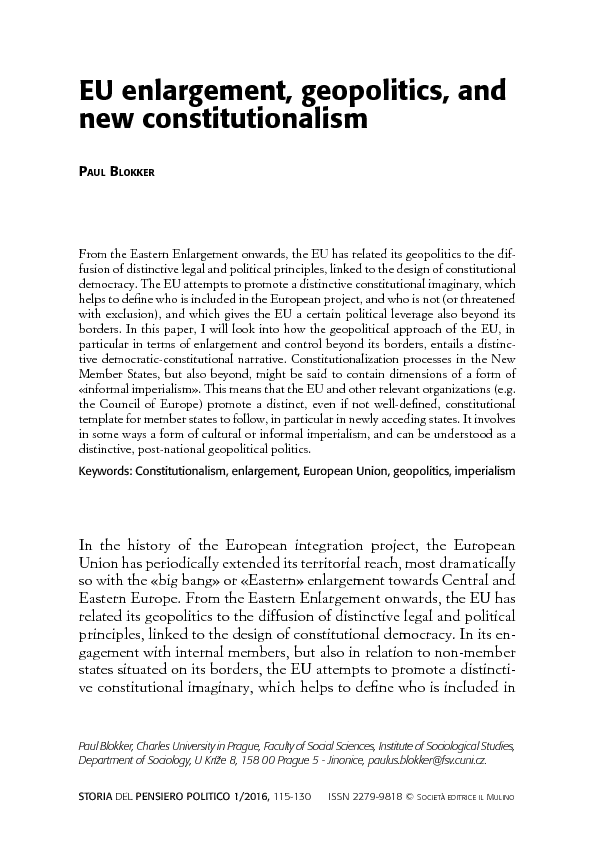