This essay focuses on Nasser's role in the history of Arab nationalism. It is structured in three analytic perspectives. First of all, Nasser as a son of his time because his political ascent coincides with the era of the triumph of nationalistic, secular, panarabic ideologies in the Middle East. Secondly, the peculiarity of Nasser's nationalistic ideology, the so-called Nasserism, that gives Nasser a place in the history of Egypt and in the Arab world. Thirdly, Nasser's myth, skillfully created by a meticulous work of propaganda, with the help of mass media (press, radio, television). 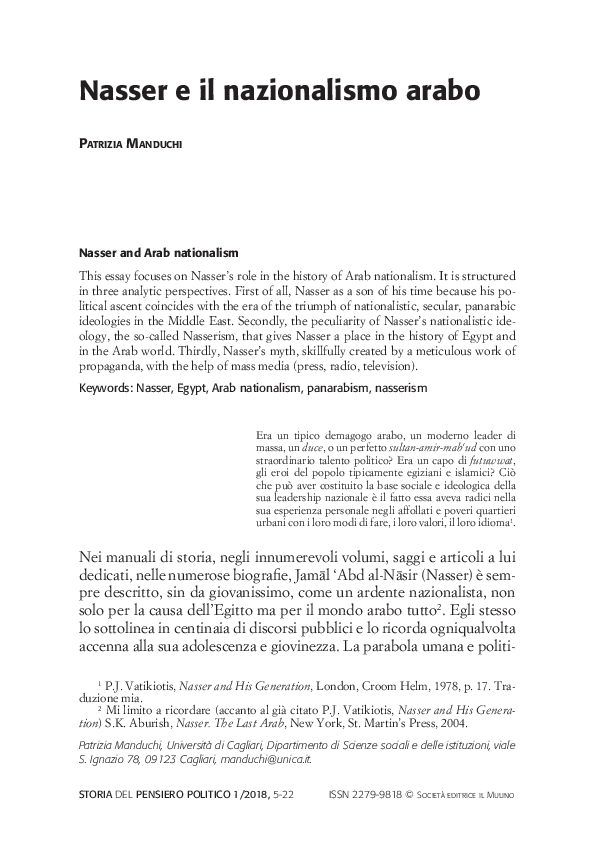