By the figure of Agathocles, new prince and not a tyrant, Machiavelli deepens his personal treatment of the issue of glory, that is a key word of his political lexicon, although it has not received much attention from scholars. This essay proposes to read glory not only as praise or fame, linked to great feats or reputation, but by the rejection of the distinction between potentia Dei absoluta and potentia Dei ordinata. Only in this way, glory shows to be a specific virtuous political action, because it is capable of giving life to a constitution that, surviving to those who established it, continues to expand, acting as an example of a politics that allows to a movement, partly random, to take on a recognizable and lasting form: the republic 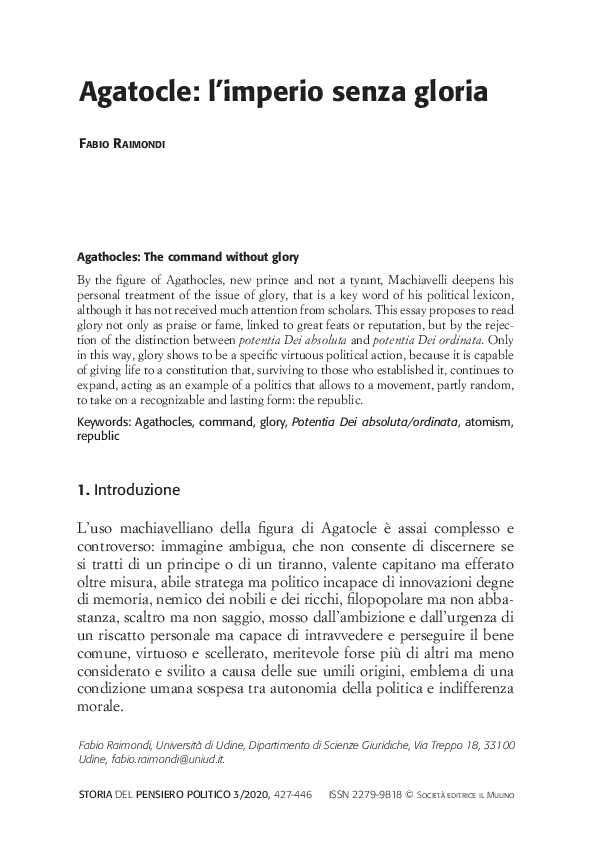