This article defends a particular way of understanding the equal status or “basic equalityµ that individuals are said to enjoy as human beings or as citizens of a liberal democratic polity. This equal normative status must supervene on some equally possessed empirical feature (or set of features) of the relevant individuals, yet the nature and moral salience of such a feature has proved notoriously difficult to describe and explain. The author defends the Rawlsian view that the relevant empirical characteristic is a “range propertyµ – the fact of falling within a specified range of certain more basic scalar properties consisting in variable agential capacities. The justification for focusing on such a range property can be found in a particular account of respect for persons, according to which respecting persons involves abstaining from acting on assessments of their basic agential capacities when they are above a minimum threshold. The paper replies to several critics of this account by clarifying three points. First, range properties are a common, “higher levelµ feature of social reality that depend on lower, subvening levels. Normative reasons for focusing exclusively on the former do not entail denying the existence of the latter. Second, a person’s moral or political status is, and ought to be, socially constructed in such a way that it supervenes on possession of the range property and not directly on possession of the lower-level scalar properties. Third only an empirical property, such as a range property, can possibly ground the affirmation of an equal normative status. Once these three points have been clarified, some of the most common worries about range-property accounts of basic equality fall away. 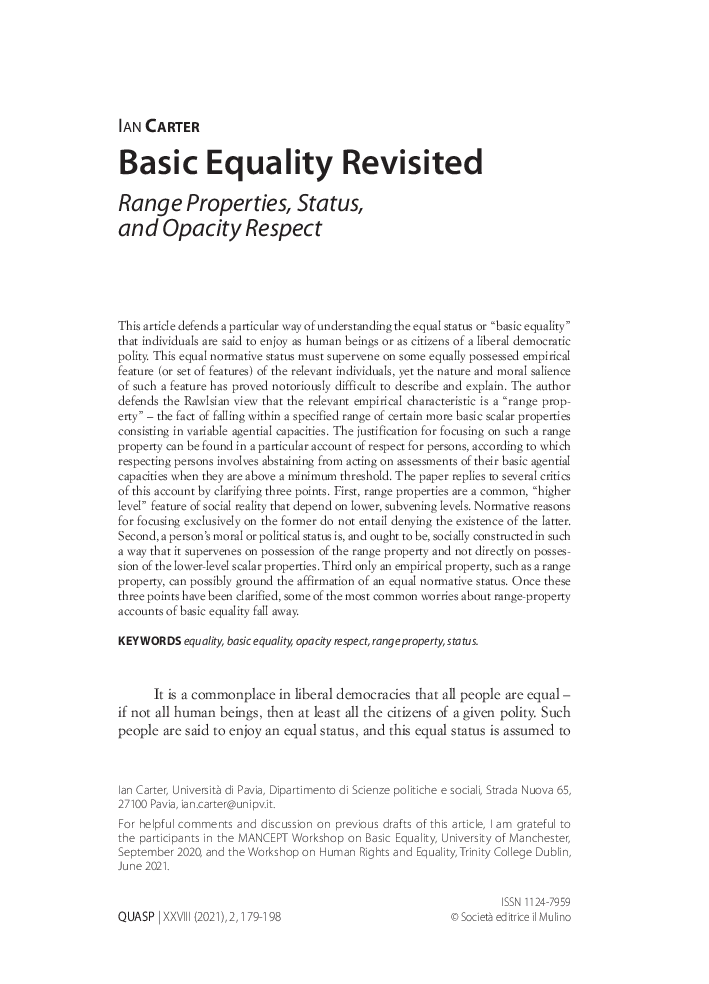