Party switching – i.e., the defection by MPs from the party under which they were elected, and the switch to another political formation during the inter-electoral period – continues in Italy to record numbers that are unparalleled in international comparisons. The aim of this paper is, first of all, to frame the phenomenon of party switching from a politological point of view and to show its diffusion in a comparative perspective, and then to outline some possible explanations of the Italian specificity in the light of the existing literature on the topic. A review of the constraints that could limit the number of defections will also be presented, framing in this context the “anti-transformismµ measures adopted by the Italian Senate with the amendments to the Rules of Procedure approved in 2017. 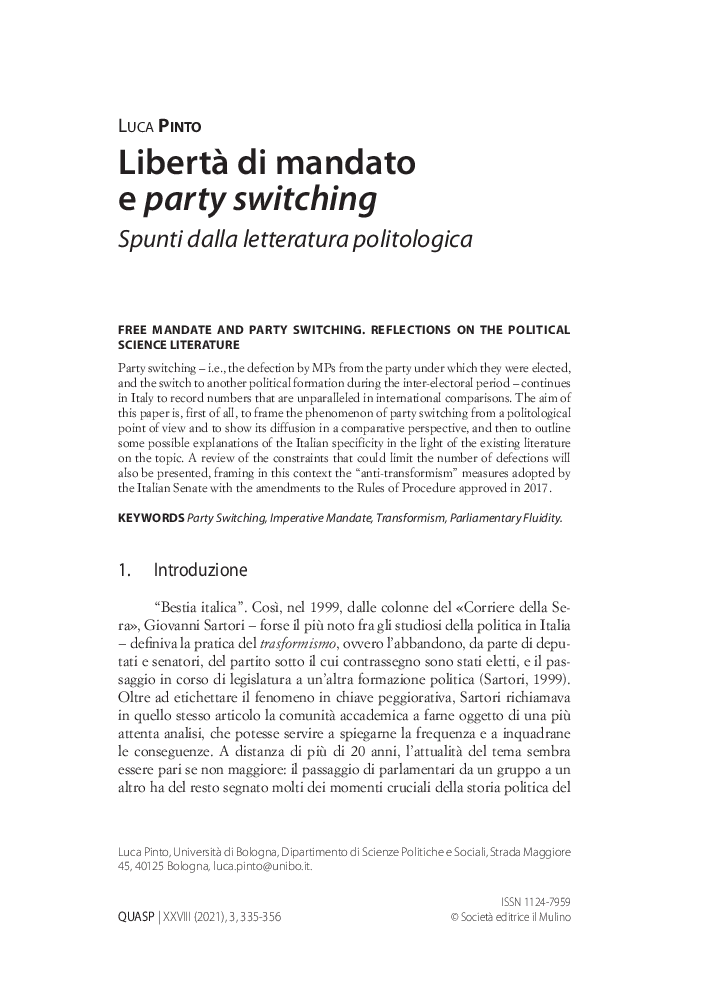