In order to understand the emergence of contemporary populisms in Europe, Canovan (1999) focused on the structural struggle that opposes the “redeeming faceµ of democracy to the “pragmaticµ one. Following this scheme, many scholars have glimpsed an imbalance in European democracies, which promotes the “pragmaticµ side against the “redeemerµ one. In their view, this imbalance represents a major cause in the rise of populisms. This analysis is explicitly questioned, for two main reasons: a) the strive between the two sides is common to all contemporary democracies, so it is hard to see it as a strong explanatory variable; b) Canovan does not establish a causal linkage between the structural struggle thus identified and the success of populism. Aiming at explaining the latter, it is necessary to look also at the phenomena developing at the procedural level of polyarchies. The argument is discussed in connection with the 2013 Italian elections 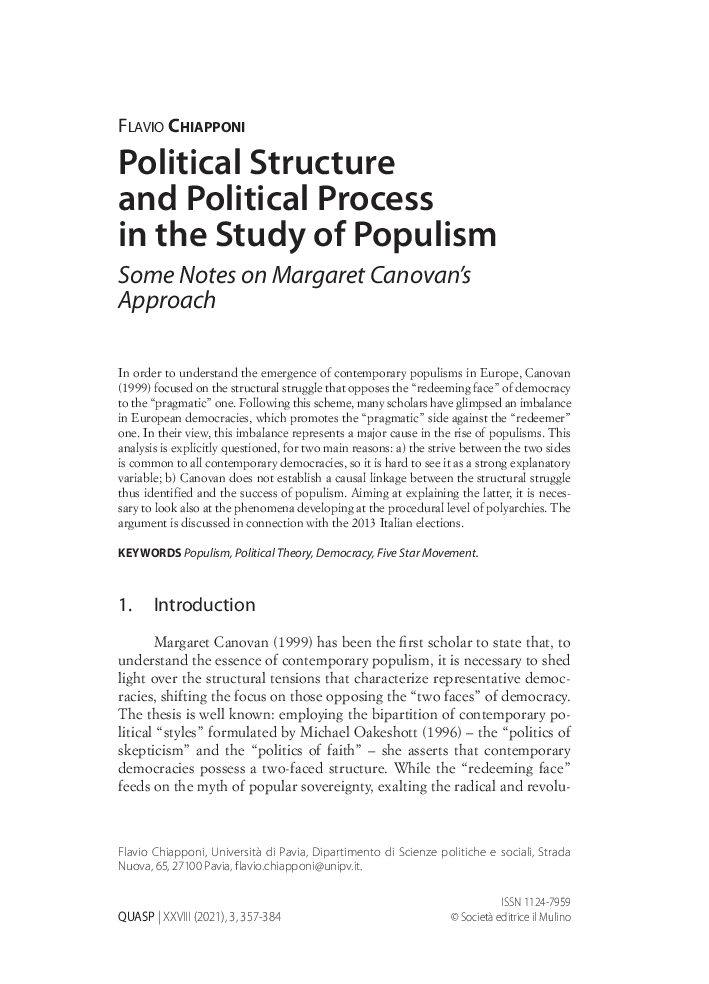