This study, analysing the period 2002-2018, uses threat theory to highlight the public perception of immigrants in twenty-five European countries. Considering individual aspects linked to religion, and structural factors linked to cultural populism, government and Islamic attacks in European countries, we explore how such interactions play varying roles in the definition of anti-immigration sentiment. Different religions have many points in common, including kindness and a love for others. However, in the presence of populist leaders, populist parties in government, or terrorist attacks, the attitude towards immigrants expressed by the public does not always appear to align with their own religious beliefs. The principal results, obtained through fixed regression models, reveal that, despite secularisation, religion continues to play a fundamental role in the integration of immigrants 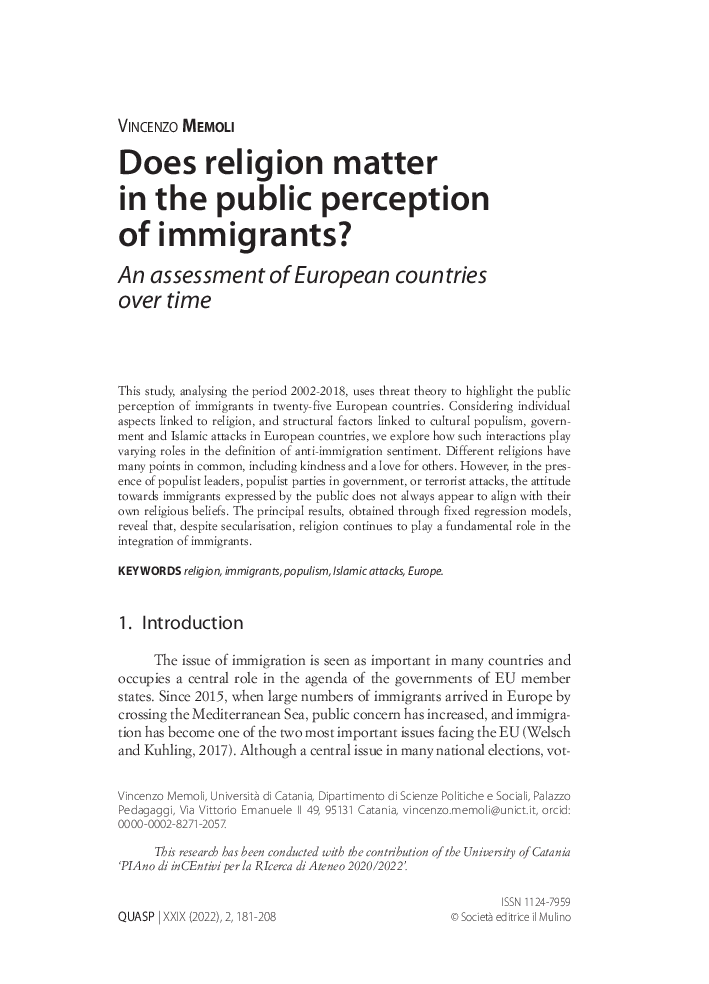