The article deals with ministerial careers in five European democracies (France, Italy, United Kingdom, Germany, and Spain) over the last twenty years. Drawing on an extensive dataset of 544 ministers between 2000 and 2020, the article investigates the career profiles of the European ministers by showing the emergence of an extra-party political class and the progressive blurring of boundaries between politics and business. Attention will be focused on socio-demographic characteristics such as the average age and gender, and the professional pursuits the ministers are involved in before and after their time spent in the office. The article shows that although the traditional recruitment paths are still important, the number of ministers who do not come from party and parliamentary circuits gradually increased. Moreover, it observes how the world of management and business increasingly characterizes the post-executive patterns of European ministers. 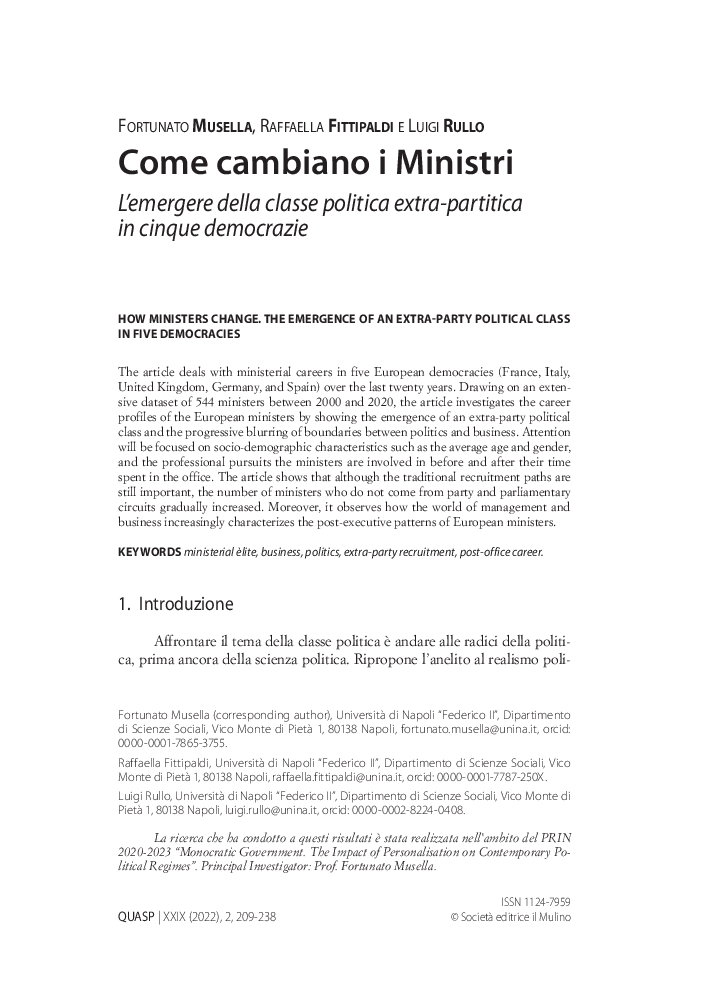