Within the academic discipline of International Relations, the 28th President of the United States is typically identified as the pioneer of international Liberalism, which makes the spread of democracy, multilateralism, free trade, and overcoming war as a mean to settle international disputes the cornerstones of its approach. The article focuses on one of these elements, democracy and its promotion, analysing its evolution from Wilson until now, from a transatlantic perspective. Only through this prism, is possible to grasp the transformation of Europe, from a target to a leading player in the promotion of democracy, as one of the most significant steps of the normative evolution of the liberal order in its postbipolar phase, at least in its strictly political dimension. This change, which takes the for of the adoption by the European Union of a set of policies for the promotion of democracy similar and largely complementary to the United States, but also a distinct approach, introduces an element of pluralism hitherto almost absent in this field. Finally, it is around this element that the greatest hopes are articulated for overcoming that “crisis of confidenceµ that seems to invest Western democracies in the face of the rise of populisms. 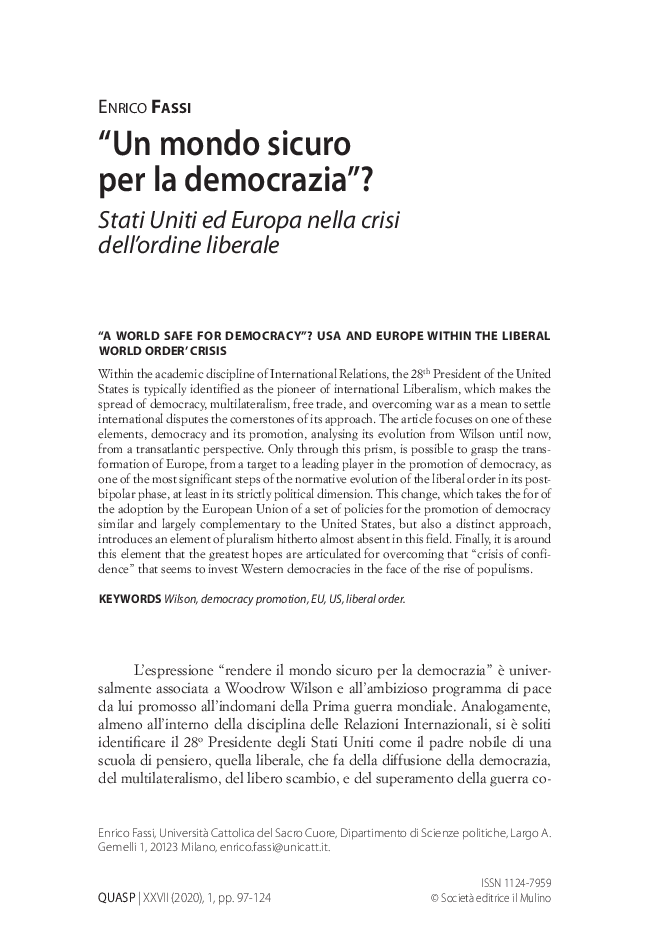