Despite corruption being broadly investigated in the social sciences in the last decades, there is an inevitable degree of ambiguity on the extension of social practices that can be encompassed within its analytical perimeter. This article uses a transaction cost theoretical framework to provide a typology of four extra-legal governance mechanisms of corrupt exchanges, based on the amount of resources at stake and the nature of the corresponding trust relationship, among different actors. Distinct models of occasional, petty, systemic, and organized corruption are identified. Using judicial acts and newspapers evidence as empirical examples, it is shown how such diverse corrupt practices can exist and coexist due to a regulated interaction among the network of actors involved, which can emerge through spontaneous coordination mechanisms, or be enforced by a third-party guarantor. It is finally highlighted how this analytical perspective can help to evaluate both the potentially divergent diffusion of different types of corruption in the same political system, and the varying effectiveness of the same anti-corruption tools in fighting them. 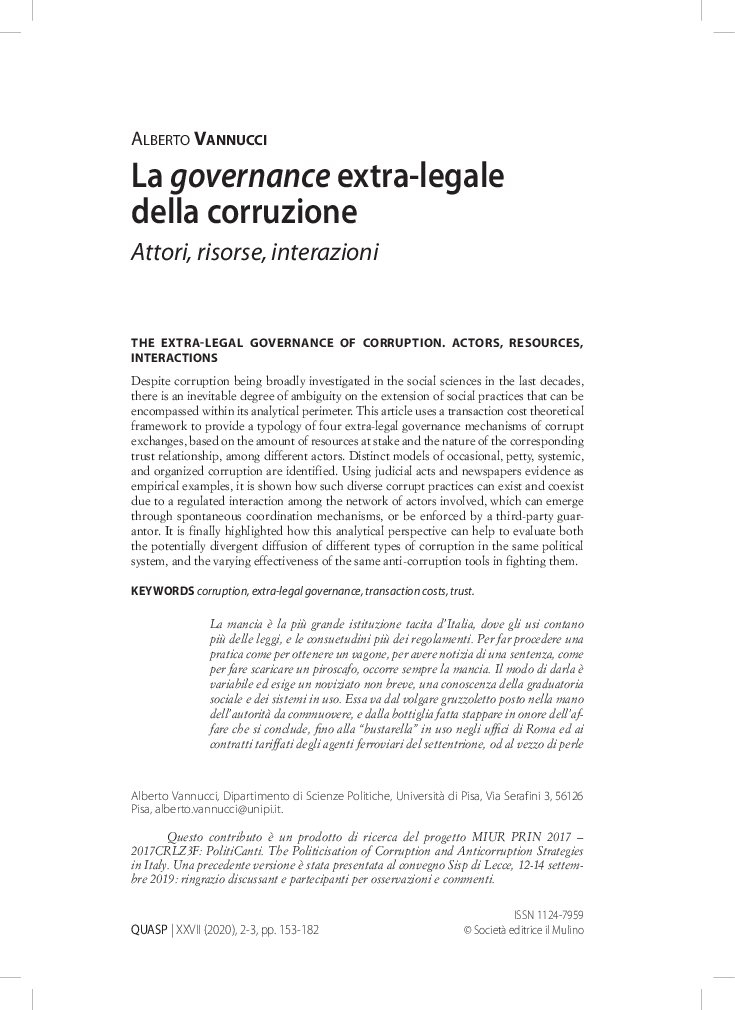