Liberal democracy is in crisis and an increasing number of countries are at risk of sliding back to authoritarianism, according to several scholars. This paper aims to analyse the possible risks that contemporary democratic regimes face. Most importantly, is the crisis of liberal democracy a temporary malaise, or does it represent the first stage of an outright process of regime change towards autocracy? To address this question, we re-examine the ongoing illiberal trend in light of the processes of autocratization that have occurred in several world regions since the beginning of the 21st century. The research highlights a “goodµ and a “badµ news. On one hand, the backsliding of liberal democracy towards defective forms of democracy does represent a worrisome sign, given that defective democracies are fragile regimes and thus likely candidates to suffer democratic breakdown and to be replaced by some form of autocracy. On the other hand, several cases show that, similarly to democratization, autocratization can fail, or be reversed. 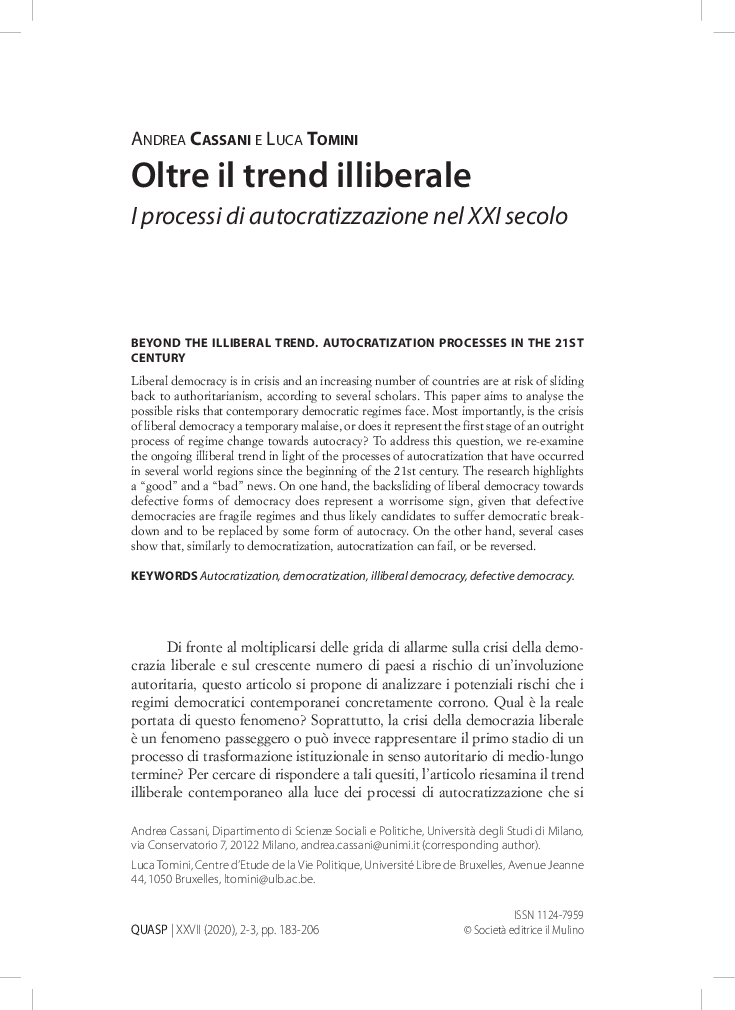