In a paper devoted to the analysis of Schumpeter’s leadership theory, Josiah Ober suggested that the “alternative theoryµ of democracy – as presented in “Capitalism, Socialism and Democracyµ – is based on an idea of leadership ultimately modeled on the example of a military leader: a “Cesarist democracyµ. Far from being a “market like competitionµ, democracy, according to this interpretation of Schumpeter’s theory, is based on an analogy between politics and warfare. In order to understand this interpretation, it is crucial to look to the frequency – in Schumpeter’s texts – of metaphors belonging to the semantic field of warfare. In this paper, I would like to suggest that both the “economic/commercialµ and the “militaryµ interpretation are ultimately based on what we may define a “general theory of leadershipµ. This theory ultimately links leadership and entrepre­neurial­ship, starting from a classical, Paretian distinction between “rentiersµ and “specu­latorsµ. 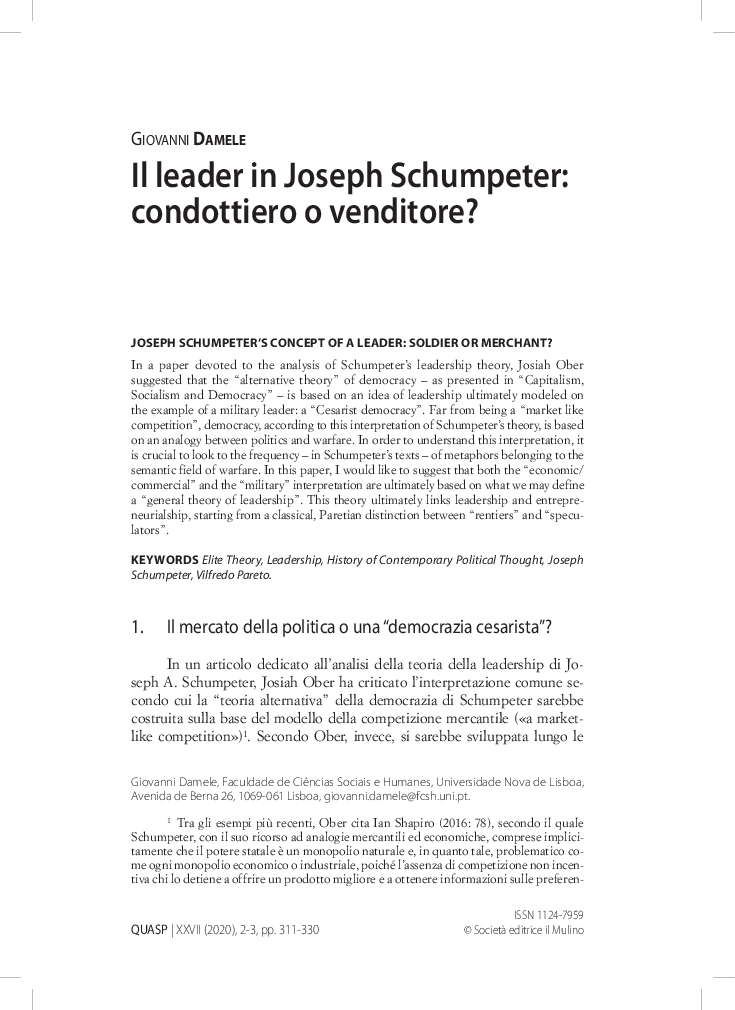