The 2017 National Security Strategy of the United States has raised a renewed and lively debate about revisionism and revisionist powers in world politics. The three research programs within the realist school on International Relations – namely classical realism, neo-realism, and neo-classical realism – investigated these concepts from their very beginning. However, they have particularly addressed two questions about the “dissatisfiedµ states, those regarding the object (what?) and the causes (why?) of their revisionism. Conversely, the problem of the modes (how?) of their challenge against the status quo is still overlooked since the only useful contribution on the subject – the power transition theory’s distinction between revolutionary and incremental paths of change – has not been developed further. Moreover, the few existing studies mostly treat the “revolutionariesµ in light of their involvement in the outbreak of major wars. By contrast, they say little about the “incrementalists,µ whose strategy gradually and selectively impact on the international order. To fill this void, the article examines how revisionist powers pursue incremental changes and aims to identify their recurring modalities of action. Their frequency is verified by analyzing seven cases of incremental revisionists both from the present and the past. 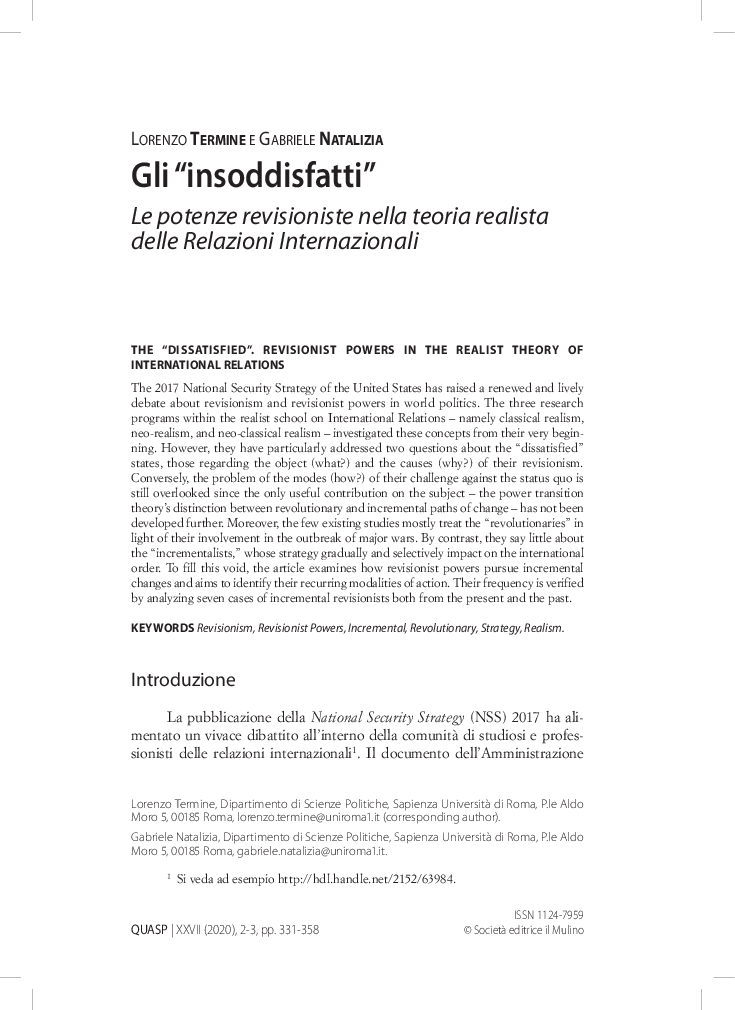