At the border between Melilla and Morocco, death is ubiquitous, even though, unlike at sea borders, few attempts have been made to count the number of deaths and few bodies have been found near the fences separating the EU from Africa. Many stories are told about near death experiences while border-crossing, as well as about abandoned bodies. Other common narratives focus on the living dead, on the missing presumed dead, on unidentified bodies, and on the living who continue to be haunted by the dead or the disappeared. These entities, or border beings, constantly negotiate the relationship between presence and absence, visibility and invisibility. In this paper I will examine the modes of existence the living attribute to two of these entities: the disappeared and the ghosts, in order to explore the impact that border deaths have on life. 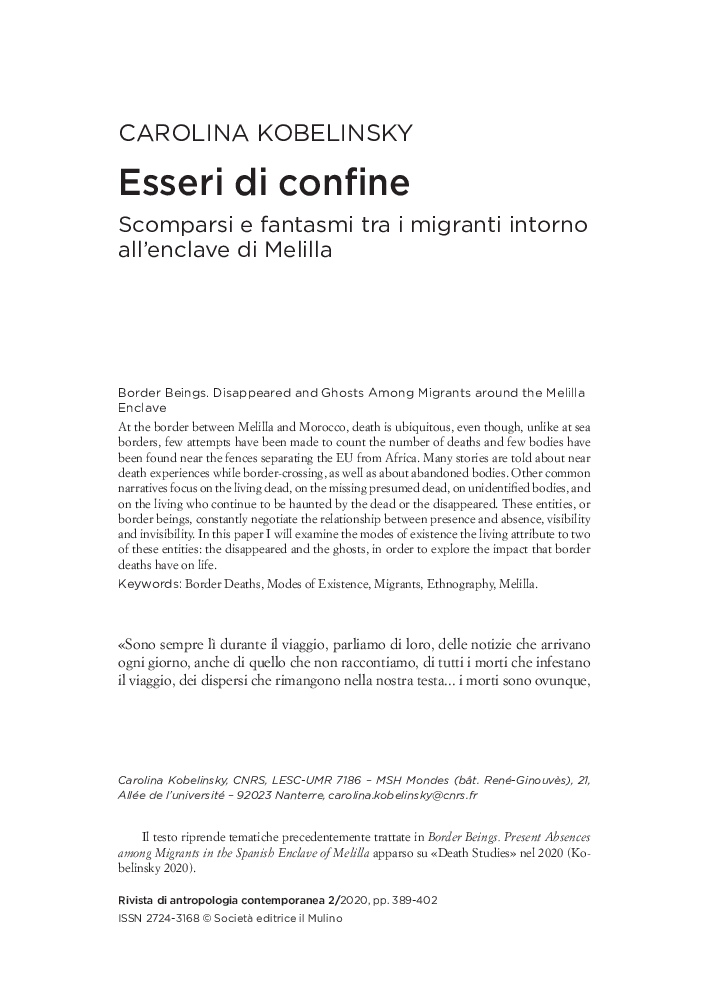