‘Forms of thought’ have generally been interpreted as an expression of a specific language or ‘culture’. This way of defining thought is examined in this paper starting from three classic objections: (1) societies sharing the same ‘system of thought’ may speak different languages, and vice versa; (2) if a relation between language and thought exists, it is an indirect and controversial one; (3) the languages that we use to qualify different kinds of thought are constantly translated. Through a discussion of the context of translation, I propose to consider the ethnography of translation as a chance to observe the dynamics and structure of thought processes, and to study how they operate in different cultural contexts. Using three Amazonian examples, I will describe the kind of cognition involved by the form of translation that Jakobson calls transmutation, arguing that from this ethnographic analysis we can not only derive a better (both wider and more precise) idea of some, rarely studied, cultural translation processes, but also draw new ways to define the concept of ‘cultural ontology’, both for Amazonian cultures and in more general terms. 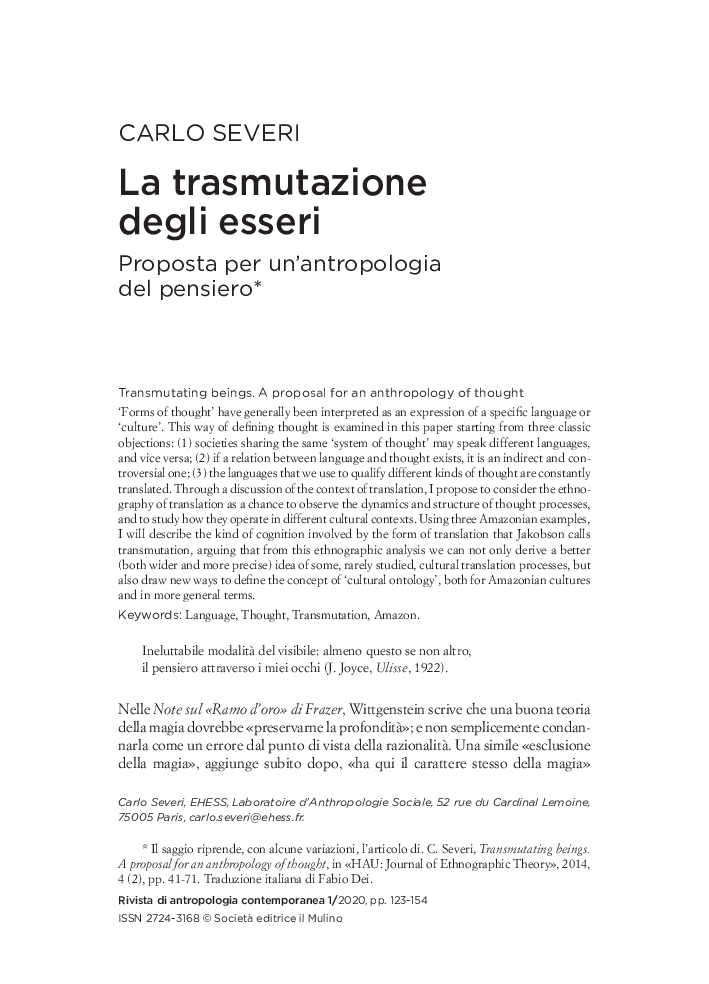