The increasingly massive affirmation of digital technologies in the public sector introduces important potential for improving public action, although it involves a whole series of security issues. The digital space is the new battlefield in which States play the game for sovereignty. The current historical contingencies push Nations towards a new digital arms race. Over the last few years, Europe, to carve out a leading international role, has displayed increasing attention on the defense and digital security sector. Italy, for its part, is responding to EU input, and trying to take steps forward regarding cybersecurity. The Italian commitment is embodied in a new political awareness of the issue. This effort consists in a first major public investment and in the reorganization of the institutional structure. Cyberspace has never before been a policy priority like it is today, as demonstrated by the pandemic crisis and the outbreak of recent international conflicts, the importance of which is expected to increase even further in the near future 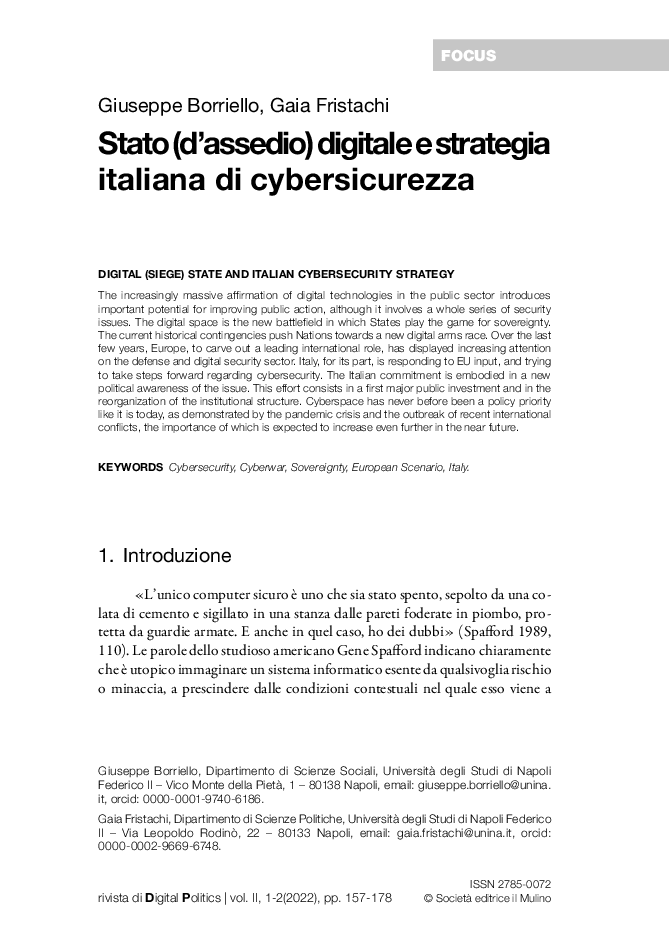