Higher education institutions are facing the challenge of redefining their educational mission in the new digitized environment, while competing with a plurality of private players who are exploiting their global penetration to erode the local university monopoly. This challenge directly concerns the awareness and responsiveness of university governance. The universities currently proposing new evolutionary models, which aim to balance sustainability and innovation, are still relatively few, and are ones that can count on more agile frameworks and more substantial resources, starting with the Anglo-American context, which has traced the main evolutionary stages of the hegemonic university model. For this reason, in this article we have chosen to start by illustrating the emblematic case – in terms of vision and international prominence – of Arizona State University, which has tried, over more than two decades, to achieve the transition from a multiversity model, campus-centered and with a weakly integrated governance, to the one imagined for the mega university, which is what characterizes the fifth wave of university development. With this, centralization of direction and strengthening of peripheral governance became functional in creating the conditions for the scalability of teaching and research activities. We then go on to review the more recent but no less disruptive developments at Coventry and Leeds universities in the Uk, selected on the basis of their standing and innovative potential. Our aim is to identify elements of convergence and key factors in their current development as useful references in the context of the ongoing process of university reform 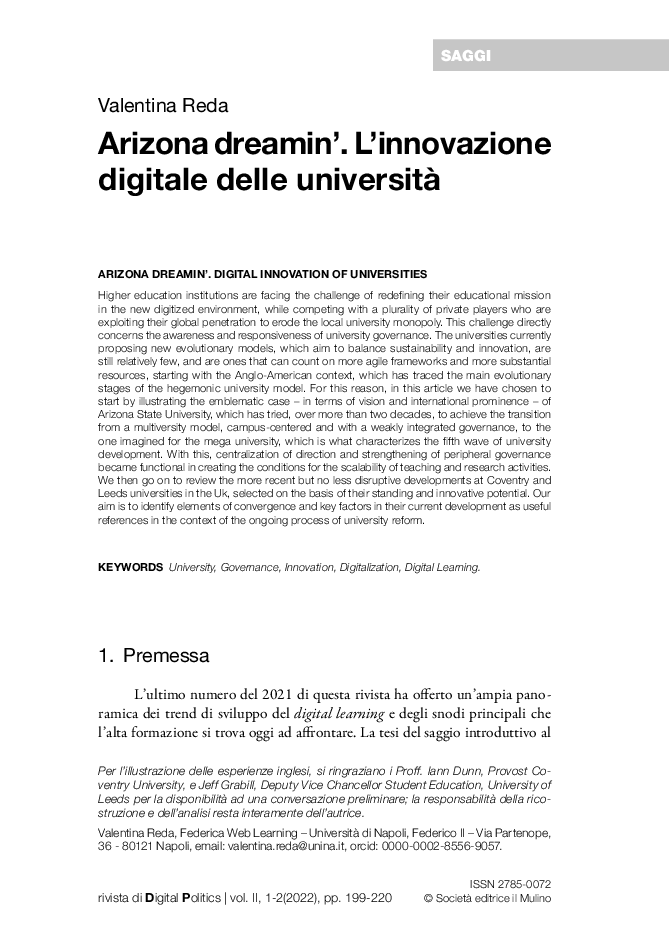