An inscription from Lamus in western Rough Cilicia informs us that the town built up new walls under Gallienus and dedicated them to the emperor. The inscription also mentions the governor of Cilicia, Voconius Zeno, who had previously been «secretary for the documentation of the Augustus and saviour». Scholars have usually interpreted the epithet «saviour» as referred to Gallienus, but an analysis of similar inscriptions set up during this period suggests that it was Voconius Zeno whom the inhabitants of Lamus regarded as their «saviour». It is difficult to understand whether Zeno played a role as a military commander, defending Cilicia from the numerous invasions documented throughout Gallienus’ reign in Asia Minor. Conversely, there are good reasons to maintain that Zeno helped Lamus build the walls rapidly, thereby earning the gratitude of its citizens 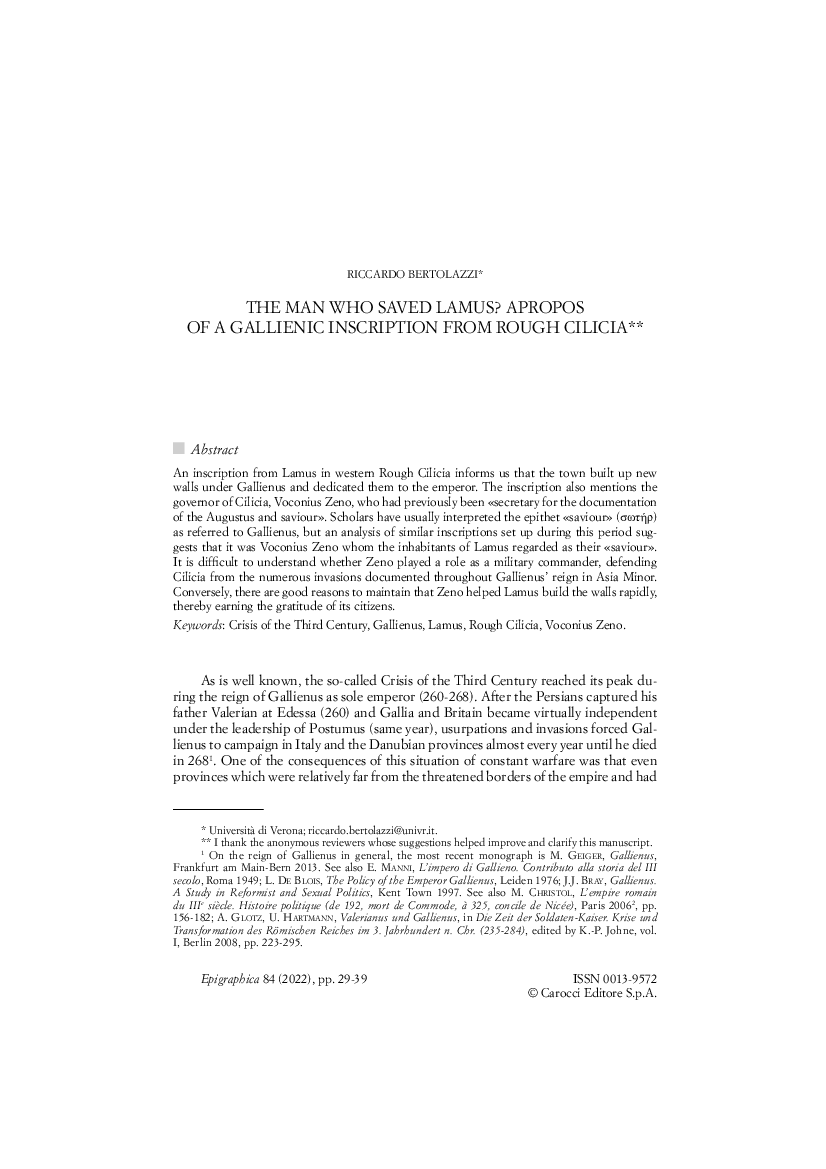