The archives of the German Archaeological Institute in Rome host a small collection of epigraphic records written by Giovanni Battista de Rossi. Among other documents, there is an unpublished letter by Theodor Mommsen, who had been consulted by de Rossi on two fragmentary inscriptions found during the excavations on the Esquiline hill begun in 1872. The letter testifies not only to Mommsen’s great knowledge of literature, history and Roman law, but also to the relationship of mutual respect, both personal and scientific, that existed between him and de Rossi for over forty years 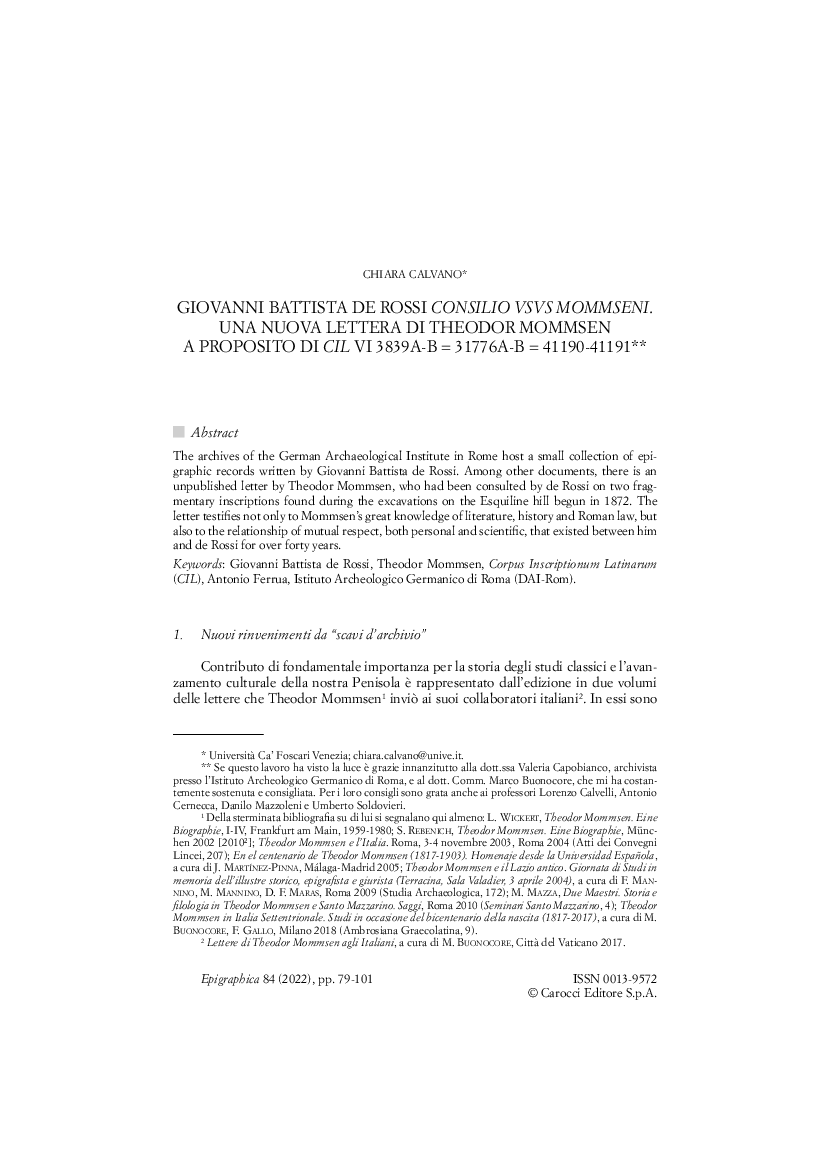