In 2017, a Latin dedication to Trajan, Ulpia Marciana and, probably, Pompeia Plotina was found in Perge. The inscription is dated to the emperor’s fourth consulship (January 101 autumn 102 AD) and provides a clear terminus post quem for the conferring of the title Augusta on the two women. It has also been used as starting point for a wider investigation of the key role played by Trajan’s sister, from the beginning of his principate, in the definition of a collateral line of succession through female members of the imperial house; this research is based on epigraphic, numismatic and literary sources. 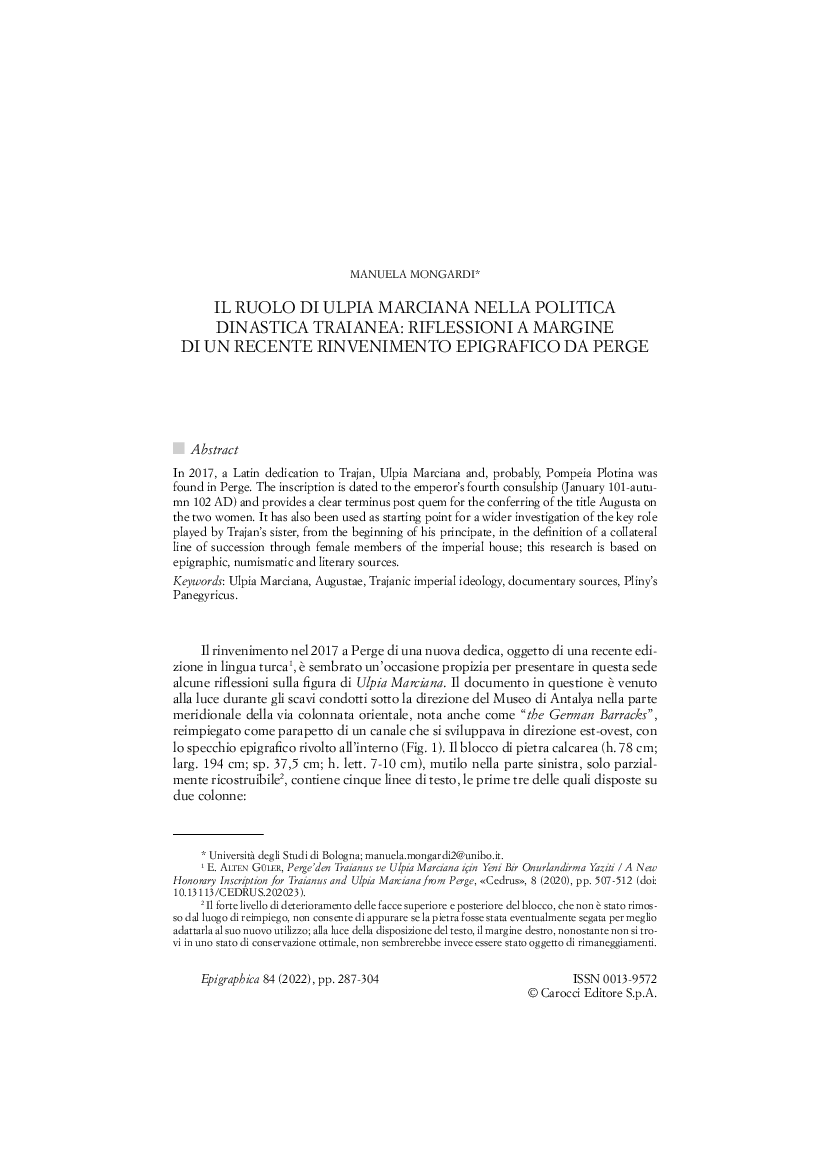