Alberto Asor Rosa explains the origins of this special issue of the Bollettino, dedicated to Italo Calvino: the most evident reason, the 90th anniversary of his birth, and the deeper, the need to draw critical attention to the Italian writer in a time when understanding his literary creativity, referring to an idea of artistic work, could straighten the market and the mass-media distortions which affect the contemporary cultural production. Asor Rosa reminds Calvino's double form of literary inspiration: firstly, the constant dialogue with tradition, both in the essays as in his creative production, and, on the other hand, a radical and planned experimental vocation; these aspects are fundamental to understand Calvino. This issue means to reflect this kind of setting, with essays that, in most cases, through deep surveys, highlight the dissonance between Calvino's work and his contemporaries' works. 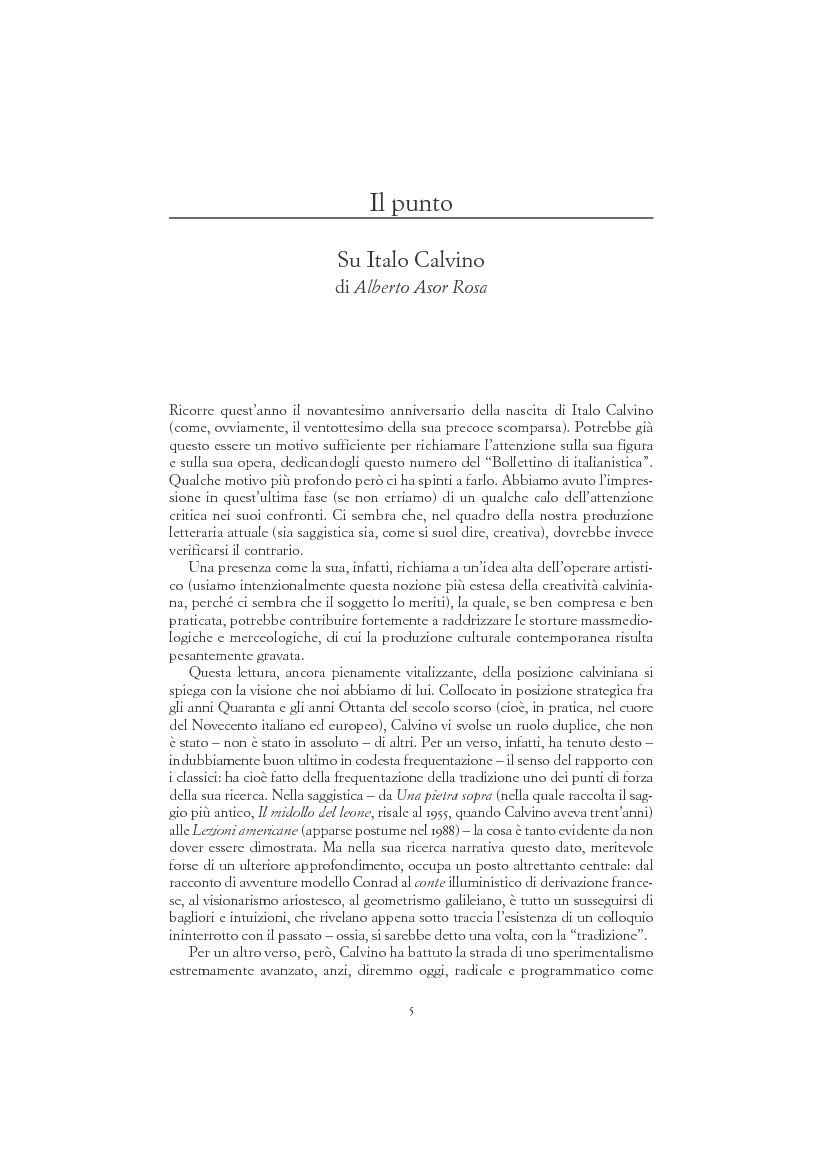