This paper investigates the philosophical-linguistic side of Antonino Pagliaro's (1898- 1973) thought focusing on his first book, "Summary of arioeuropean Linguistics" (1930). It is upheld that this early work, notwithstanding its Crocean framework, explored new directions in the linguistic field, where both the discussion of language's social constraints, and the dialogue with the linguistic theories of authors such as Plato and Aristotle, Saussure and Cassirer, played a decisive role. With his "Summary", Pagliaro proposed a intimate connection between "glottologia" and the philosophy of language, so paving the way for a kind of study that few scholars have been able to practice in the following developments of European and Italian linguistics. 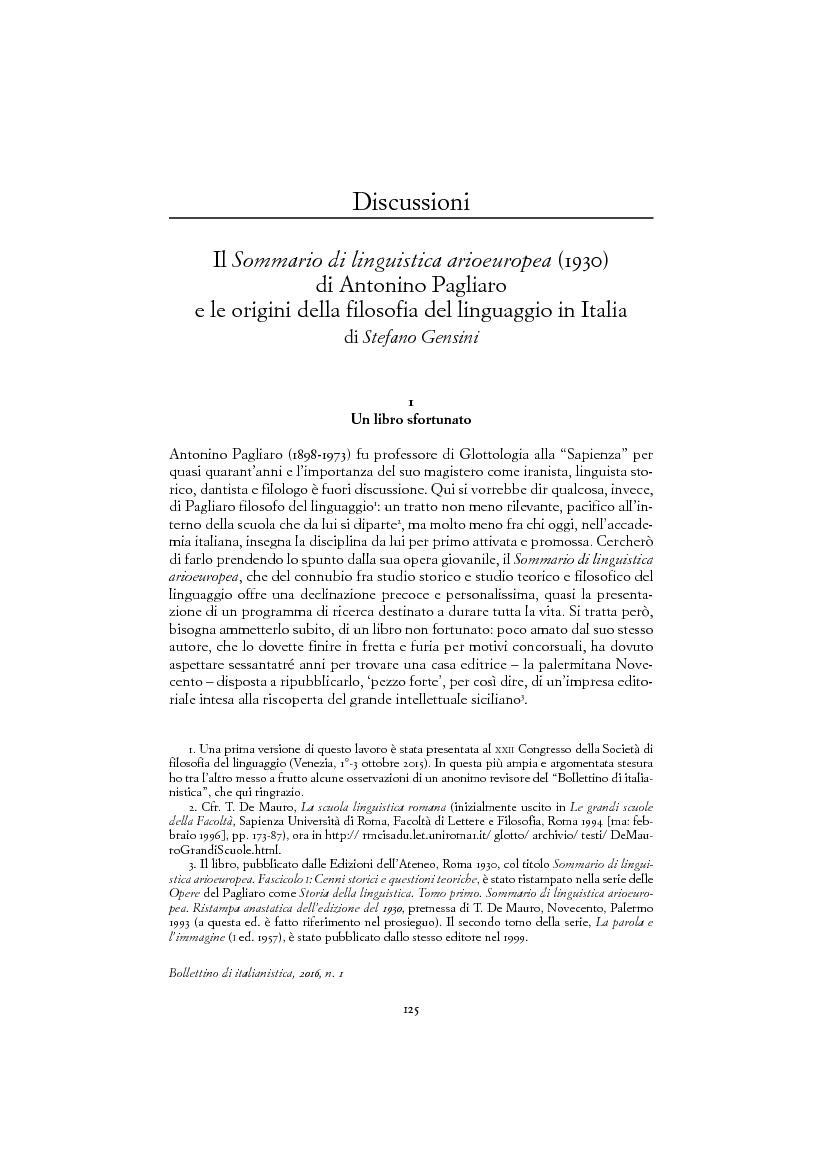