The purpose of this paper is to document some important highlights between a Luca Contile's sonnet, "Donna, ch'avete aperto a' vani ingegni", dedicated to Vittoria Colonna, and his own Impresa in his "Ragionamento" (1574), illustrated by the two biblical columns that stood in "Exodus 13: 21". The texts give unreleased, supporting evidence, demonstrating that Contile's graphic choice suggests ways in which the relationships among Vittoria Colonna and other Renaissance relevant figures, Contile included, might be redesigned and developed. 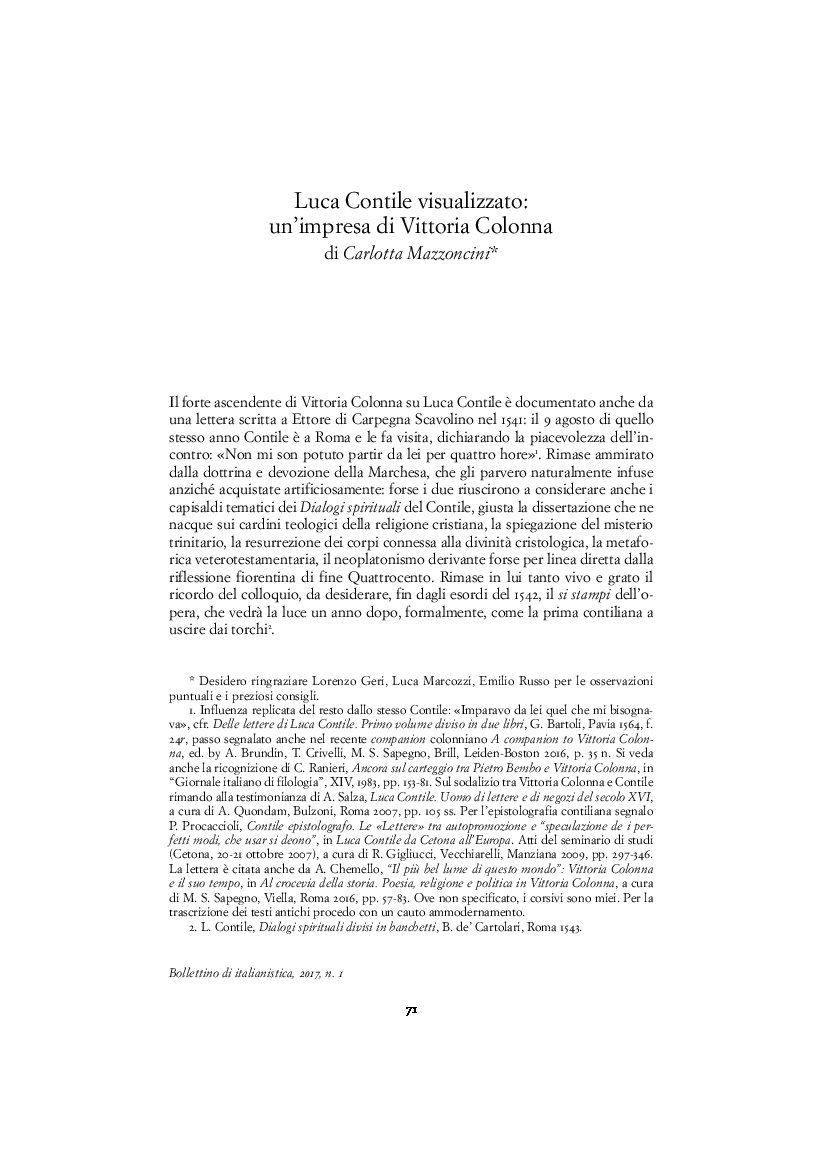