The essay analyzes the representation of space in the Italian industrial novel of the late twentieth century. The authors examined are Volponi, Ottieri, Arpino, Mastronardi, and others. In particular, it is noted that in the Sixties and Seventies the description of the spaces is filtered from the perspective and from the point of view of the character. Generally, the factory and the industrial world encompasses the individual and even his private life. And yet the subject is not able to grasp the factory in its entirety. In this way a situation of failure is created, which the representation of spaces can show. Only starting from the Seventies, and throughout the rest of the century, the factory became the object of general and detailed descriptions; but this new descriptive mode come from authors who have now been expelled from the industrial world, or have abandoned it voluntarily, and who can speak to the distant past: this is the case of Balestrini, Rea, Gregotti. 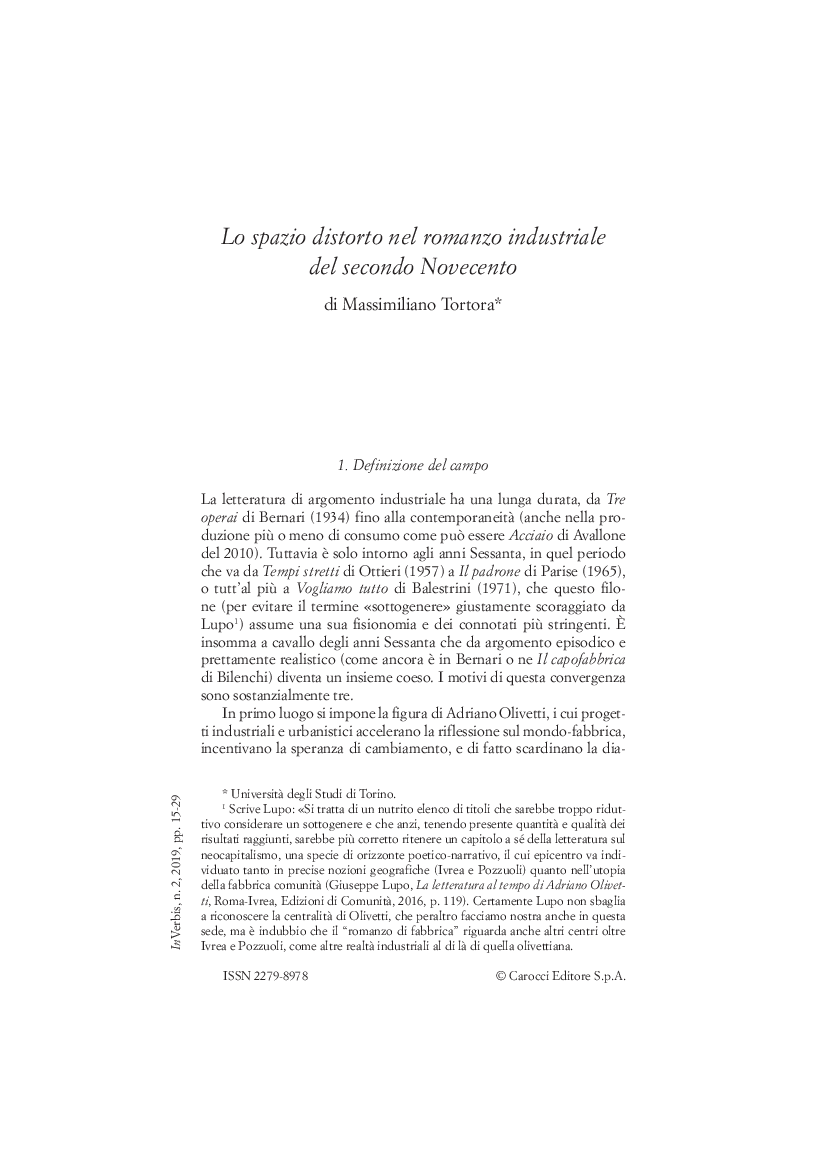