This paper aims at reconstructing the meaning of Milan in Elio Vittorini’s artistic conception between the end of 1940s and the beginning of 1950s. The overview on the landscape of Lombard capital is provided focusing in particular on two works: Il Sempione strizza l’occhio al Frejus and its interrupted sequel, Il barbiere di Carlo Marx, firstly entitled [Sei imagini dalla Sicilia] E una da Milano. On the one hand, Milan is a magnet for job opportunities and the prospects of a more comfortable and entertaining standard of living and the theme of urban modernity is introduced through poetical scenes such as the golden age prophesied by the narrator while he is eating all by himself a thin slice of stale bread; on the other, in Il barbiere, that loneliness will turn into alienation. This revolution begins from the style: Vittorini abandoned the allegorical speech of Il Sempione in favour of a dialogue which excludes his metaphysical roots. So, the narrator introduces us into the same kitchen (the familiar space par excellence) in which the previous novel was set, widening the perspective to a city that, this times, gathers its dead men in every corner: Milan became a special cemetry where people goes to rest in peace. In conclusion, at the beginning of 1950s, the utopia of Vittorini is intended to resignation and scorn so much that the manuscripit is interrupted in an adverb of time «allora» (then), metaphor of a season that cannot be realized, seal of a new ideological-compositional gym: Le città del mondo and the enterprise of the “Menabòµ. 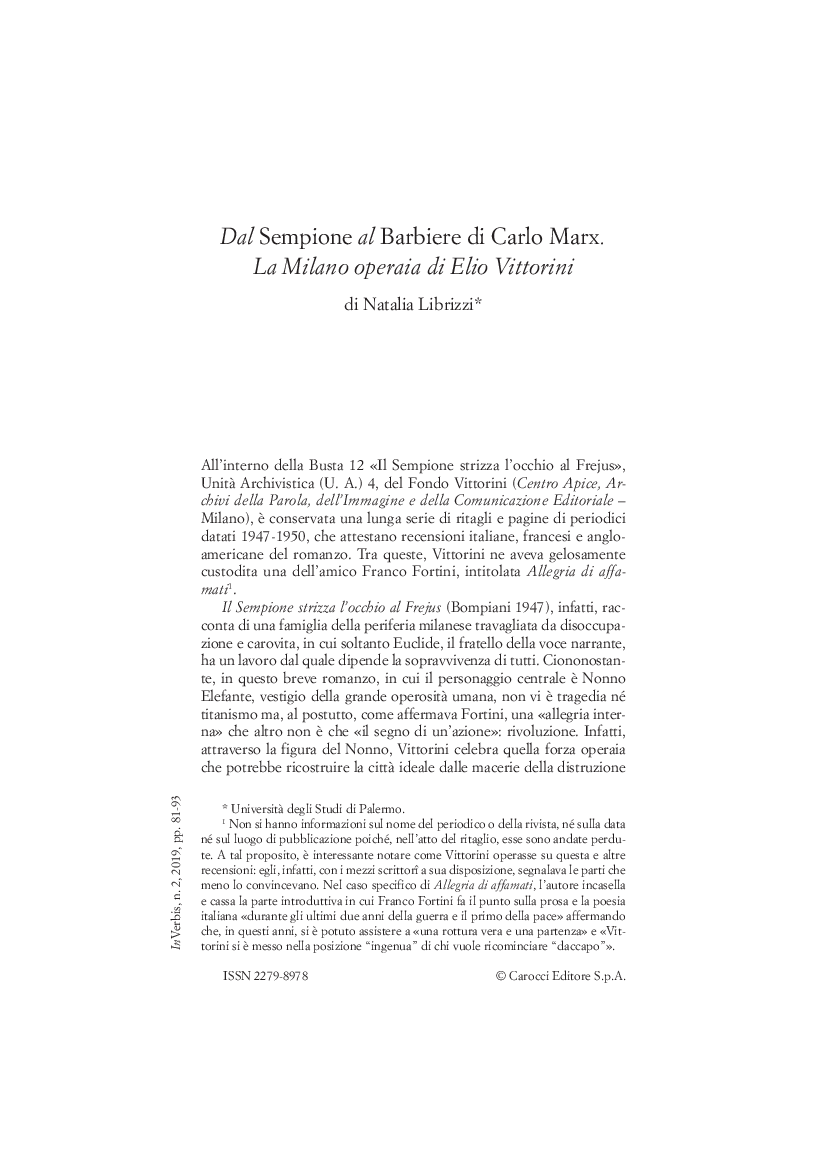