In Alla cieca, Claudio Magris saves from oblivion many of the dark episodes of modern history, episodes which have often been repressed by the historical tradition. In the structure of the novel the dimensions of temporality are essentially geographic. The stories of the characters cover great part of the terrestrial globe, from the extreme northwest (Iceland) to the extreme southeast (Tasmania). Salvatore Cippico is an Istrian born in 1910 inTasmania, who is hospitalized in a psychiatric clinic at Trieste. In his chaotic memories, he confuses his own past with that of the Danish adventurer Jorgen Jorgensen. The stories of Cippico and his double traverse some of the most horrible and «blind» places of modern history: from the battlefields of Waterloo and Barcellona to concentration camps such as Port Arthur, Dachau, Goli Otok. The voices of Cippico and Jorgensen intertwine with those belonging to the myth of the Argonauts. The continuous travelling of the two main characters reflects the tortuous journey of Jason, principally in the versions of the Argonautica by Apollonius Rhodius and the anonymous Orphic Argonautica. In the novel the most important episodes are marked by quotations or transpositions from the Greek sources. The frequent references to the epic poems constitute a sort of basso continuo, which unifies the complex and highly stratified structure of the novel. 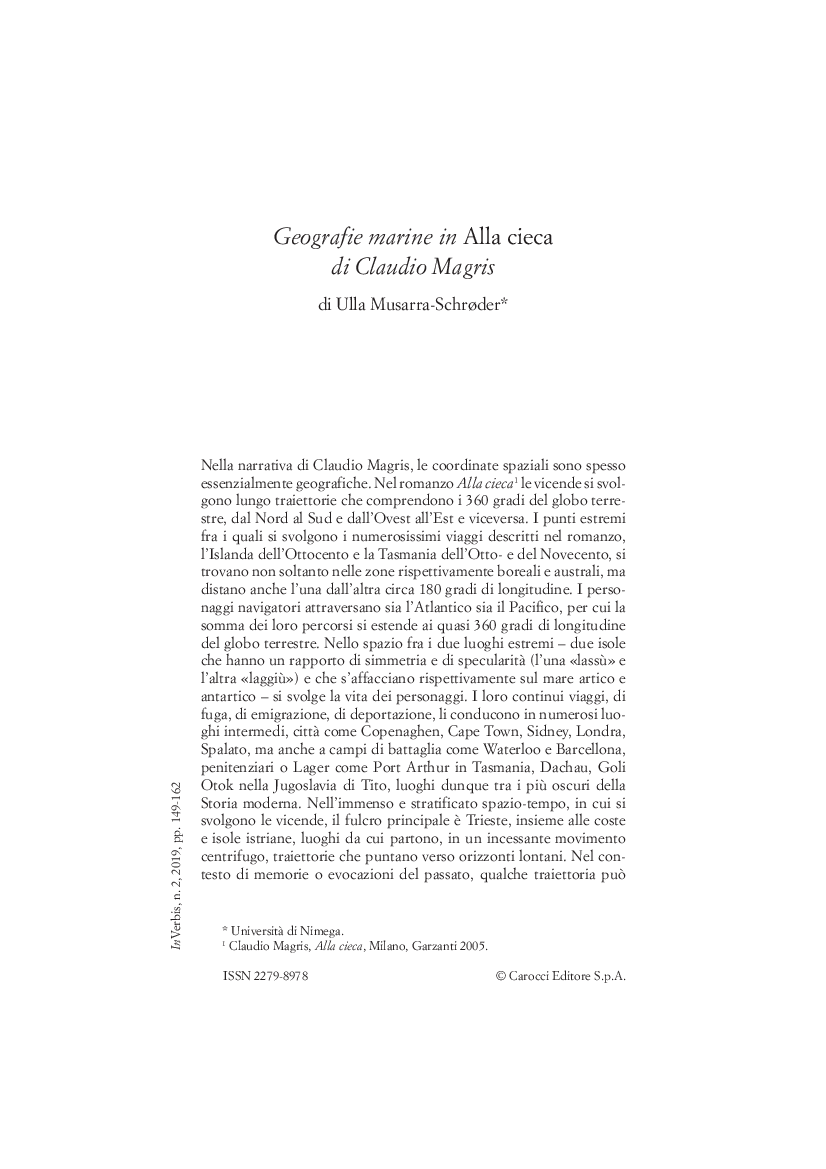