In contemporary literature, phantasmagoria is the creation of manipulated images of reality, justified by the aesthetic will or by the impossibility of resorting to mimetic forms. As Benjamin teaches, phantasmagoria has to do with Guy Debord’s «society of the spectacle», with the appearances and the opacity of the mirrors. Allegory is fundamental in order to study phantasmagoria, especially in poetry; Angus Fletcher, who will provide us with the methodological paradigm, describes it as the rhetorical figure in which the «literal surface suggests a peculiar doubleness of intention» which «becomes much richer and more interesting if given interpretation». Under the denomination of “allegorical phantasmagoriaµ, we will analyze the fusion of the illusory transfiguration of the world with the deformation in the continued metaphor that reveals the critical situation in the Himnos a los árboles, by the poet Vicente Núñez, who is a member of the Andalusian group of the mid-twentieth century generation. The hermeticism of the work is due to the poet’s desire to make it comprehensible only to the reader who is attentive and accustomed to textual hermeneutics, able to perceive the hidden truth of Núñez’s peculiar dissidence. 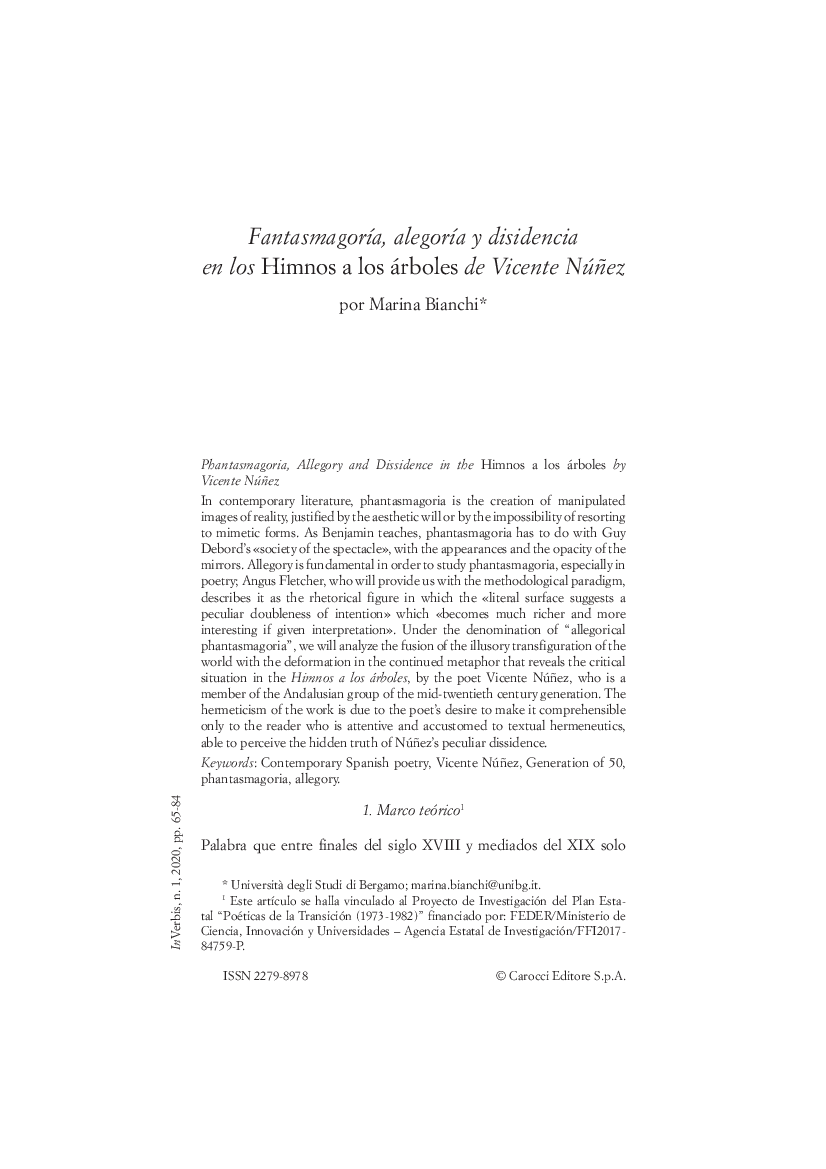