A modern Indo-Aryan language, Sinhala is one of the official languages of Sri Lanka together with Tamil and English. There are two alternative forms of it: formal and informal or, more precisely, written and spoken Sinhala. The existence of these two forms has produced diglossia. In the course of its history Sinhala came into contact with Sanskrit, P􀆗li, Tamil, Portuguese, Dutch, and English. When modern Sinhala is taken into account it is certainly English that has influenced the idiom of Sri Lanka more than the others. The paper analyses a peculiar usage of spoken Sinhala. The so-called ‘compound verb’ construction, in which forms of the Sinhala verbs meaning “to doµ or “to be/ becomeµ combine with a noun or respectively an adjective, is extended so that those Sinhala verbs occur with non-integrated loanwords adopted from English. This phenomenon is interpreted as a case of rilexification. 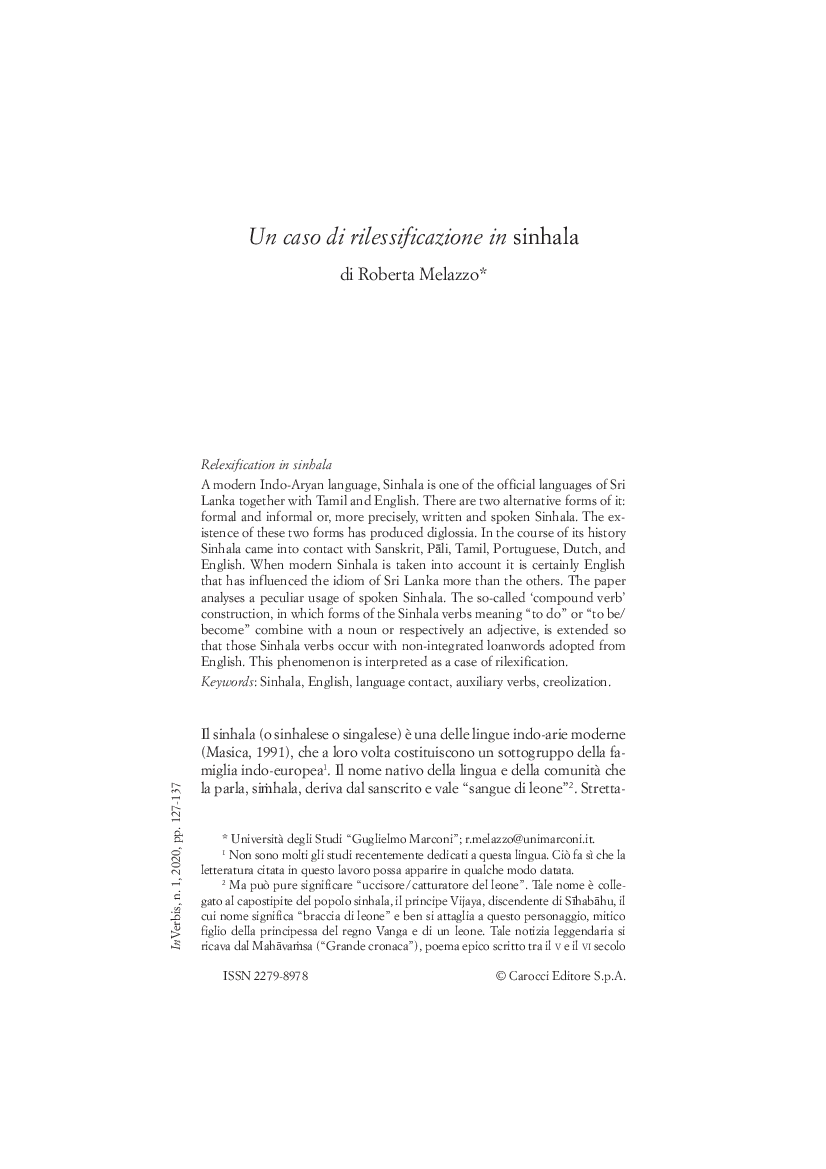