Accents and dialects have been used in fictional representations, including telecinematic ones, as a way to mimic reality, but also to construct particular voices. According to Agha (2007: 213), representations of accents and dialects in classic novels were not ‘merely’ tools to portray the reality of social life in literature, but they were used to amplify and transform reality, and to construct memorable idiolects. The same reflection can be applied, even more aptly, to the domain of audiovisual products, in which the accented voice can also be heard and provides an immediate clue for character presentation. Keeping in mind recent multimodal explorations of aural and visual tracks in all their creative potentialities (Bosseaux 2015; Sánchez Mompeán 2017) and studies on the voice in films (for example Kozloff 1988), this contribution intends to investigate the role of dialect coaching in the construction of the accented voice in films and TV narratives. Our purpose is to describe the professional figure of the dialect coach and how his/her expertise helps actors create a plausible and natural speech pattern, an accent, a dialect, or also hone impressions of celebrities. Considering the virtual non-existence of studies on the subject in the linguistic domain, the article will make ample use of paratextual information such as interviews, reviews and other audiovisual or written testimonies relative to this key role and process. 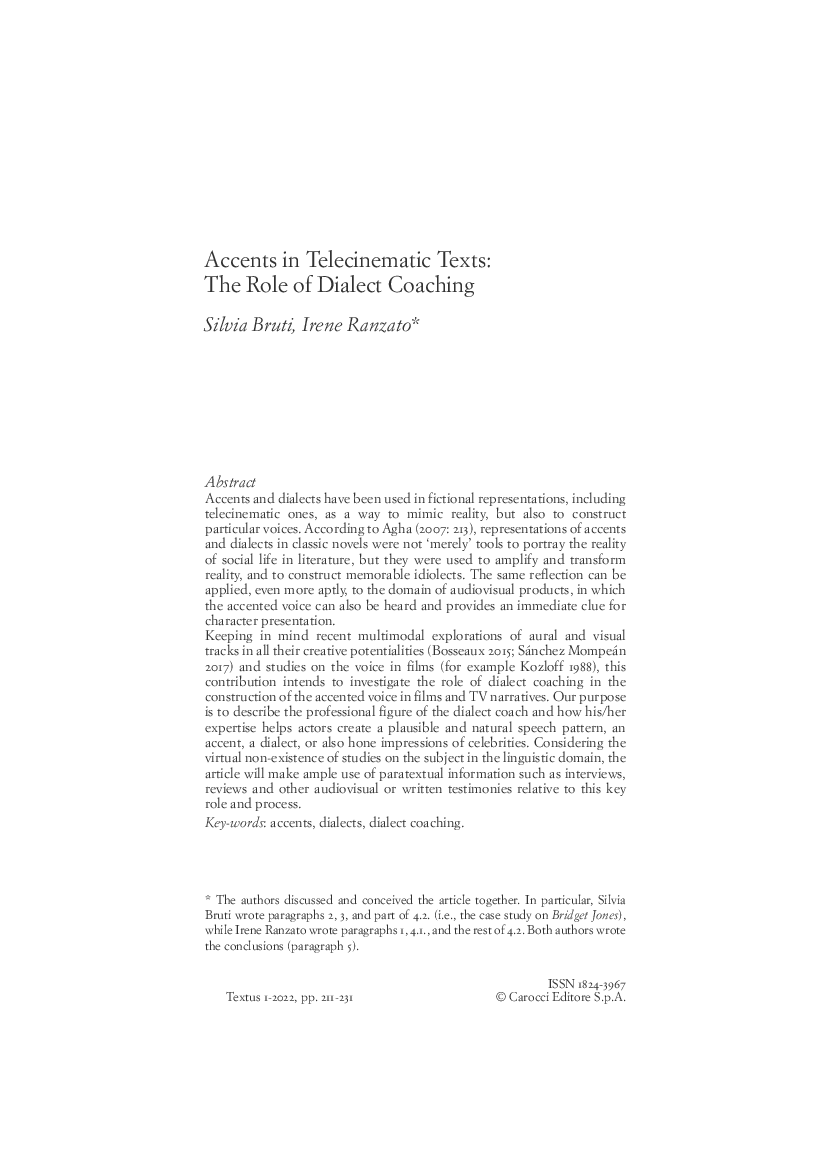