Whereas Wilde Studies are constantly opening new directions for debate, they reveal a paucity of criticism from environmentalist perspectives. This should not come as a surprise, since ecocritical approaches may seem incongruous with the anti-mimetic poetics of Aestheticism. Nevertheless, that ecocriticism should be applied to studies on Aestheticism, and hence to Oscar Wilde, is a key issue at the present moment, when the approach shows a wide variety of practices. Moreover, Wilde’s texts frequently resist anti-mimesis and evidence contradictions in his positioning on Nature and Art. My contribution aims to bridge this critical gap by giving an overview of current ecocriticism on Wilde and providing analytical glimpses into three of his texts in which the relationship between nature and culture, places and identities, utopian and dystopian societies can be traced. Other ecocritical issues – the role of the environment within a text’s power hierarchies, the connections between the oppression and marginalisation of certain groups and their behaviour towards the environment, or the representation of animals – are also foci of analysis. Though initially related to ideas developed by John Ruskin in or around Wilde’s Oxford years, these issues are interpreted in the light of recent theories, which bring out the modernity and complexity of Wilde’s ecocritical vision, often oppositional to Victorian thinking and anticipatory of twentieth-century stances 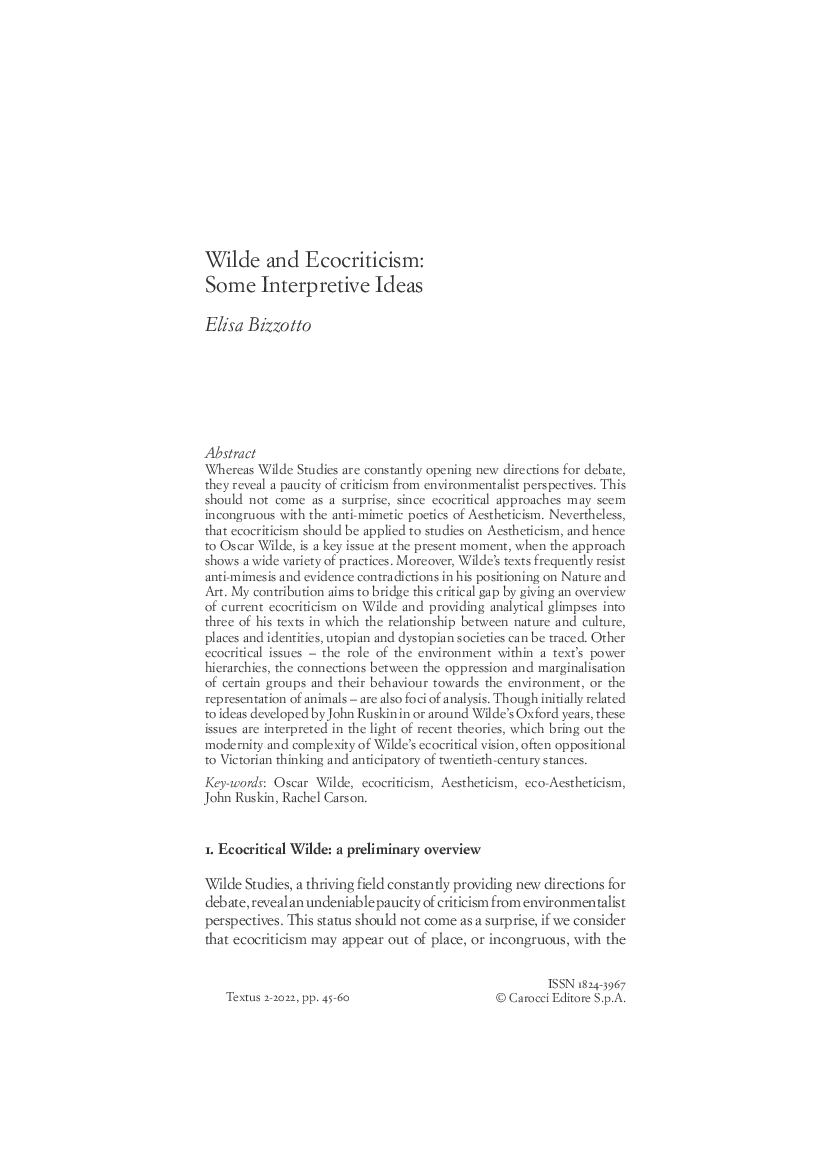