Celebrity Studies scholarship has, over the last three decades, taken a turn toward the literary in general and Victorian authors in particular. Most scholars point to the Graphic Revolution of the nineteenth century as celebrity’s starting moment, proposing that the industrialisation of print, rise of the pictorial press, and advancements in photographic technologies inaugurated a new mode of celebration – one based less on personal achievement and more on a perceived desire for proximity to the public individual. From this perspective, Oscar Wilde represents an interesting case study. Indeed, Wilde’s celebrity is a significant phenomenon in the sense that it was never actually the product of his literary work. In his case, the public persona was the precursor of his literary fame, not vice versa. By the time of his American lecture tour, Wilde’s image was already eyecatching enough for the public to notice it and wish to interpret it. The scholarly focus on Wilde as self-inventor, self-creator, and self-fashioner overestimates the degree to which Wilde was seen as the sole creator of his celebrity image during his American lecture tour and the degree to which audiences were impressed by what they saw. While Wilde’s visibility was crucial to the formation of his celebrity on an international scale, the image for which he became known was not entirely his. Caricatures of the Aesthete in the British press and on stage shaped American audiences’ expectations for Wilde’s image, and, in so doing, moulded his celebrity for decades to come. 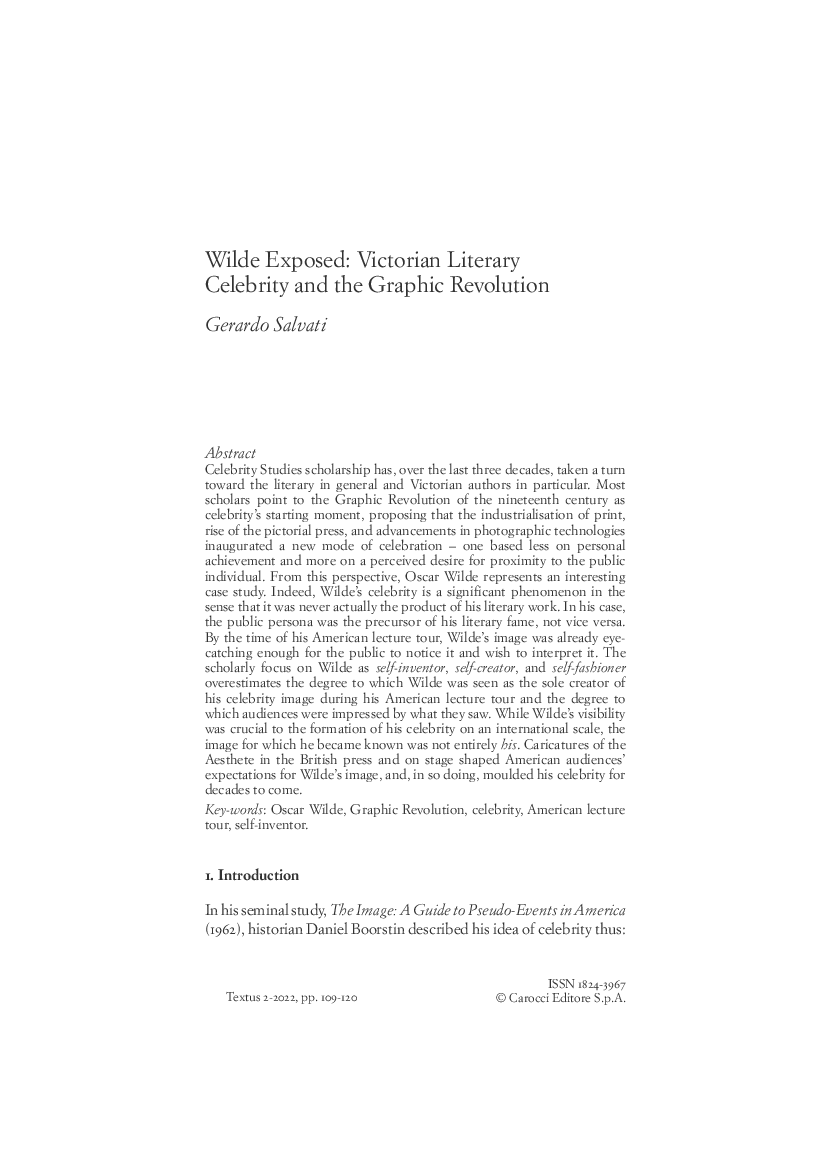