This paper investigates some popular twentieth-century incarnations of the 'explained supernatural' narrative which came to prominence in the Gothic novels of the eighteenth century. Recent developments in the representation of well-known heroes of the debunking narrative - the kids in Scooby-Doo, Sherlock Holmes - have them battling the actual supernatural, and behaving like superheroes. Referencing accepted readings of the explained supernatural as reflecting the shift in the eighteenth and nineteenth centuries from credulity to belief in scientific rationality, this paper suggests that the 'explained supernatural' also represented a celebration of the power of the mind at a time when machinery was replacing the human body. Today (by contrast) computers are replacing the mind, and we are being reduced to an irrational state by technology. Moreover science and technology have convinced us that the body is becoming invulnerable to ageing, illness and death. Linking this to the new physicality of characters such as Sherlock Holmes, this essay argues that our complete faith in science and technology - and our infantilisation by the same - has made possible a new 'explained supernatural' narrative model in which characters who formerly used only brainwork now need superhuman physical strength to get things done, and the supernatural is no longer explained away, but privileged. 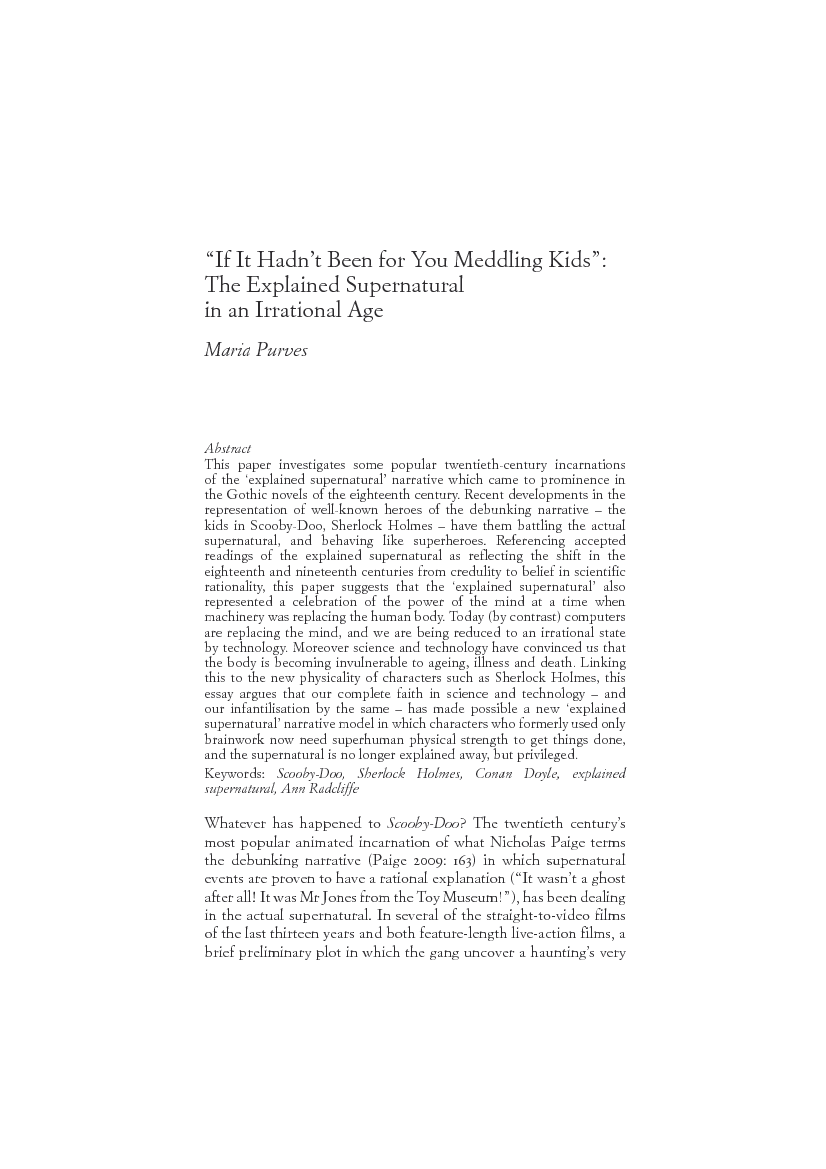