This essay focuses on the Indian novel "The Thing about Thugs" (2010) by Tabish Khair, set between London and the Indian region of Bihar. Its peculiar events and characters help us reflect on the mutual influences between the colony (India) and the Metropolis, on the relationship regarding the transmission of knowledge and the construction of the colonial criminal. Starting from Meadows Taylor's "Confessions of a Thug", to which the novel is strictly connected, it will be interesting to follow Khair's itinerary across the different narratives of the Thug's symbolic, political and social meanings, in mid - and late Victorian times, from Dickens' "The Mystery of Edwin Drood" to Wilkie Collins' "The Moonstone" and Conan Doyle's "The Sign of Four" and "The Mystery of Cloomber". Through Khair's novel it will be possible to trace significant elements that contribute to the debate around criminality and control, the problematisation of authority, both at the centre and in the peripheries of the Empire. 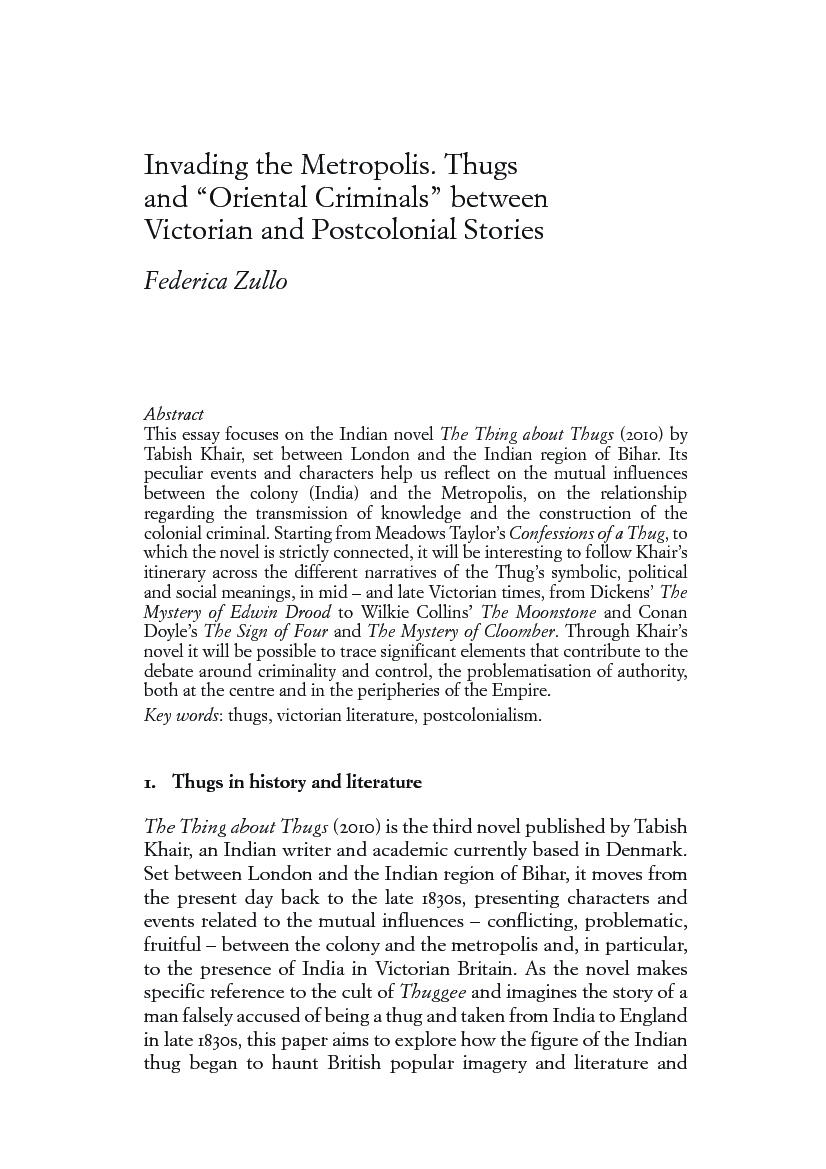