This paper investigates contemporary retellings of traditional fables, myths and history by women writers who critically explore the field of violence depicted in mythic and fairy-tale genres, and history. It is contended that at the core of several contemporary rewriting lies the concept of metamorphosis as illustrated through the Ovidian sense of fluidity, multiplicity and shape-shifting; and through recent reconfigurations by cultural history, storytelling, and postcolonial literature. In the wake of current critical approaches to re-vision and rewriting, special relevance is given to the regenerative presence of past literature in some contemporary re-visions of classical fairy tales, myth and history, where geographical, temporal and mental spaces are perceived as complex cross-cultural zones and migrant points of communications between cultures. The process of retelling is perceived as a subversive gesture of violence against the existing body/corpse of literary and historical canons. Thus, the resulting products replace and yet perform the metaphorical or literal significance of the very acts of violence already inscribed inside them. They point to new cultural and aesthetic ways of rethinking the present and changing the future, imaginatively. 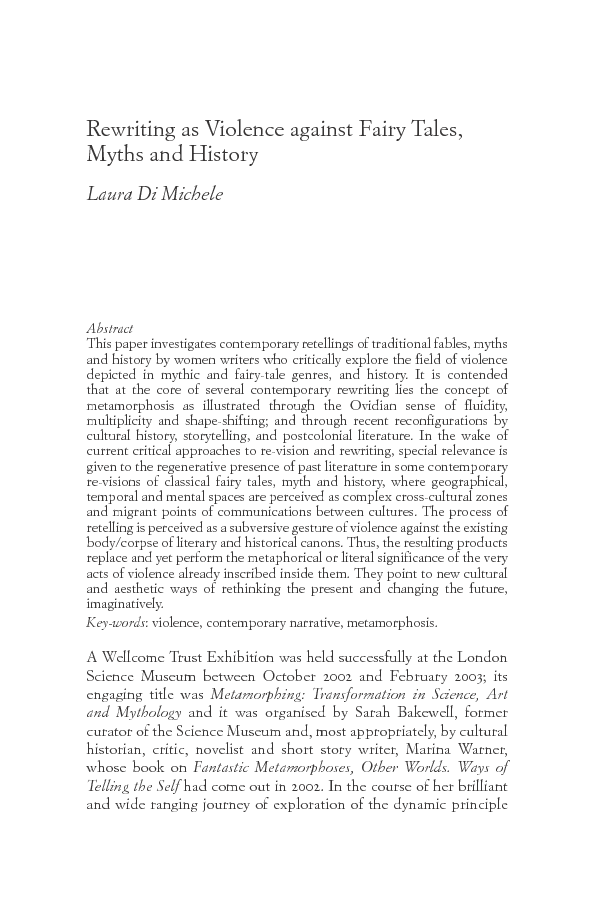