Keywords: Metamorphoses; Gender; Ali Smith; Girls Meets Boy; How To Be Both.

In "Girl Meets Boy" (2007) and "How to Be Both" (2014) Ali Smith explores gender mutability and identity metamorphoses. Whether she rewrites Ovid's myth of Iphis ("Girl Meets Boy"), or tells the parallel yet convergent stories of a Renaissance fresco painter who was born a girl and of a twentieth-century girl initially mistaken for a boy ("How to Be Both"), Smith seems to employ the fresco technique, in which water, pigment and plaster merge together into an allegorical picture: she investigates the fluidity of gender identity by intermingling dimensions of space and time, literal and allegorical meanings, and genders. In Smith's composite narrative frescoes different binary oppositions coexist, clash, and ceaselessly stand for something else, revealing new patterns underneath and, ultimately, the ever-changing metamorphoses of gender identity and of storytelling - "a whole [...] spectrum of colours new to the eye" (2007: 84). 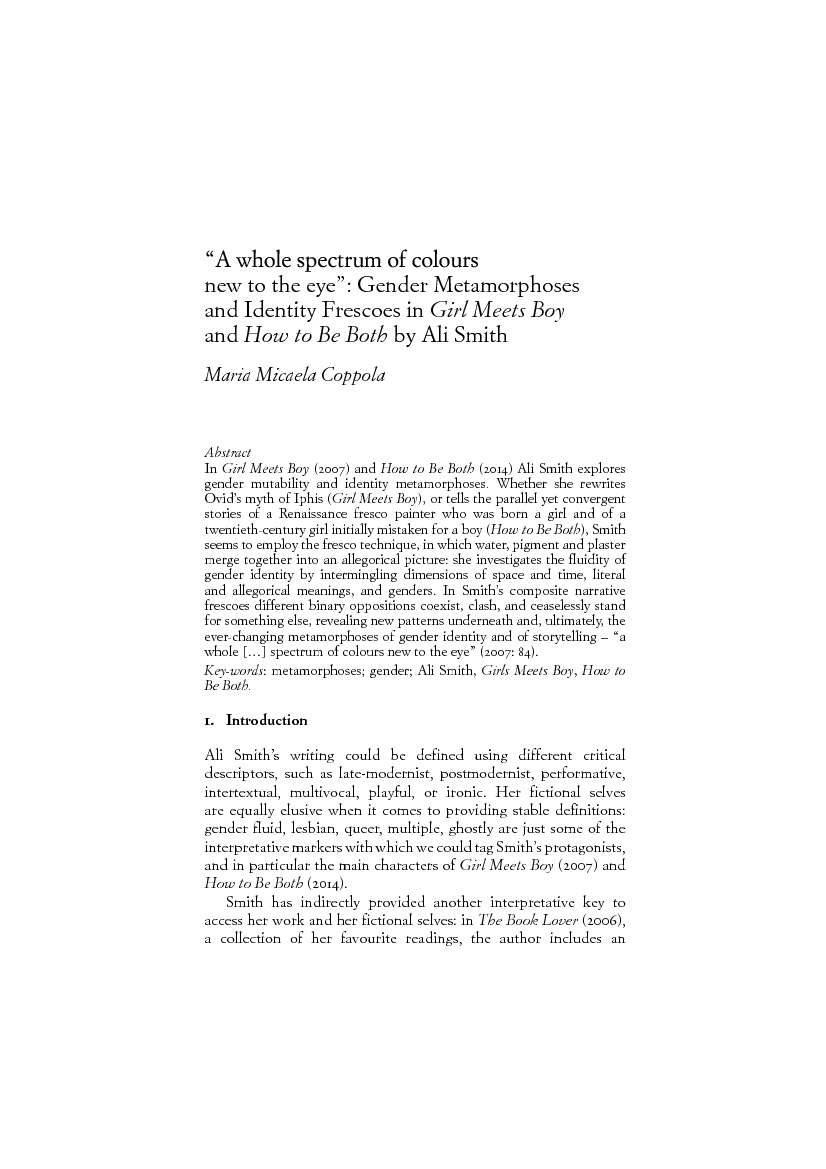