Building on earlier analyses of propagandistic themes and travelogues in Defoe's fictional and non-fictional writings of exploration and discovery, and elaborating on the rich surge of criticism which has followed the publication of the masterly Pickering and Chatto sixty-three-volume edition of "The Works of Daniel Defoe" (2000-2011), this essay sets out to reinscribe Defoe's last novel, "A New Voyage round the World" (1725), within a literary dimension. After discussing the authorial stance of the anonymous narrator, the essay will focus on the most innovative section of the work, the narrative of an unprecedented overland trek across the Andes to the Atlantic coast and the narrative invention, as it were, of a strangely domesticated 'Andean sublime'. 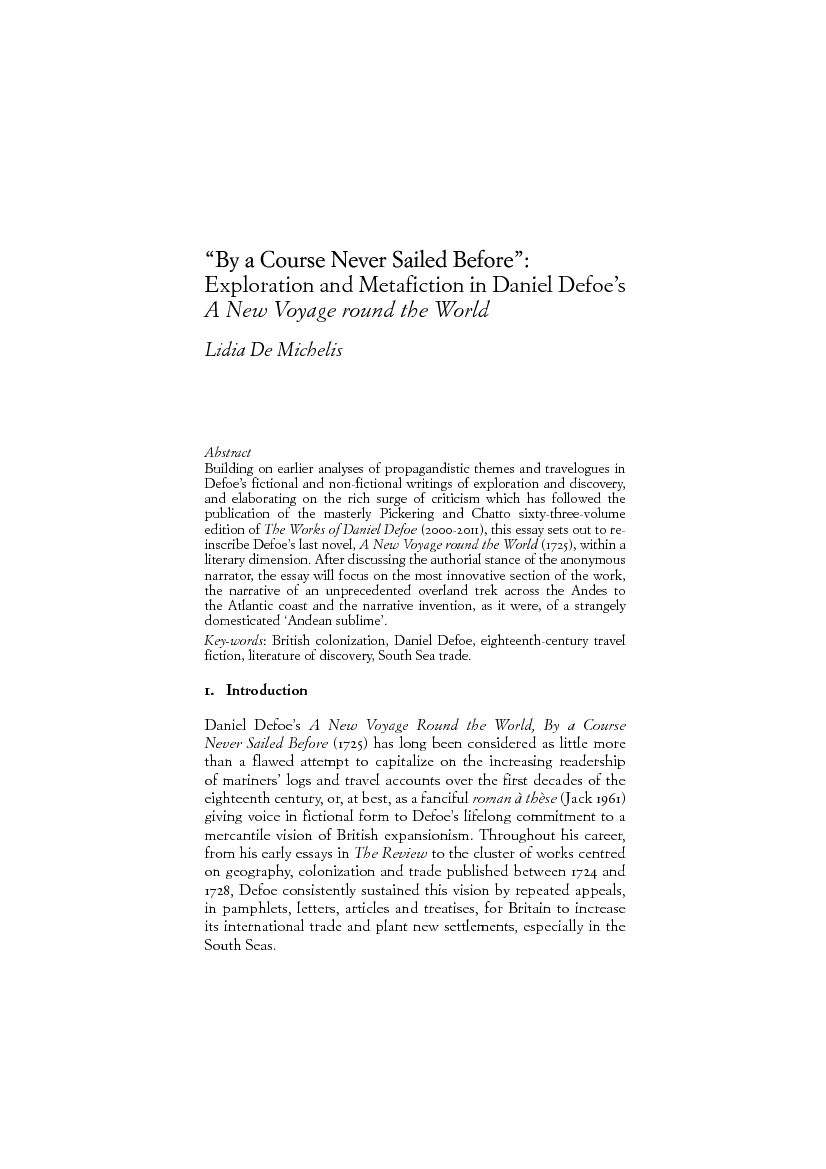