The article looks back on Alan Paton's 1948 best-selling work of fiction, which, in spite of its cool and even harsh local reception in the decades marked by a major shift towards political radicalism, still represents a milestone in the history of South African literature in Englis"h. Cry, the Beloved Country: A Story of Comfort in Desolation" invites closer consideration from the perspective of environmental crisis and the 'ecologicallysensitive' mind of a variety of figures, from Zulu parson Stephen Kumalo to the Jarvis family and the agricultural demonstrator. Paton, a writer, teacher, reformatory principal and well-known anti-apartheid activist born in present-day KwaZulu-Natal, created his fictional universe by drawing on the rural and urban areas of a wounded territory for whose exploitation European colonial history and segregation policies were largely to blame. Hence the compelling relevance of the land-degradation motif and the image of an abused landscape located at the lowest point of the Western world, waiting for a revitalisation of its natural resources: for a redressing of the ecosystem balance to be enacted by replacing spoiling with care, with an ethics of sustainability inspired by the ideals of a healthy biological interdependence, preservation and continuity in a half-forgotten corner of the Empire. 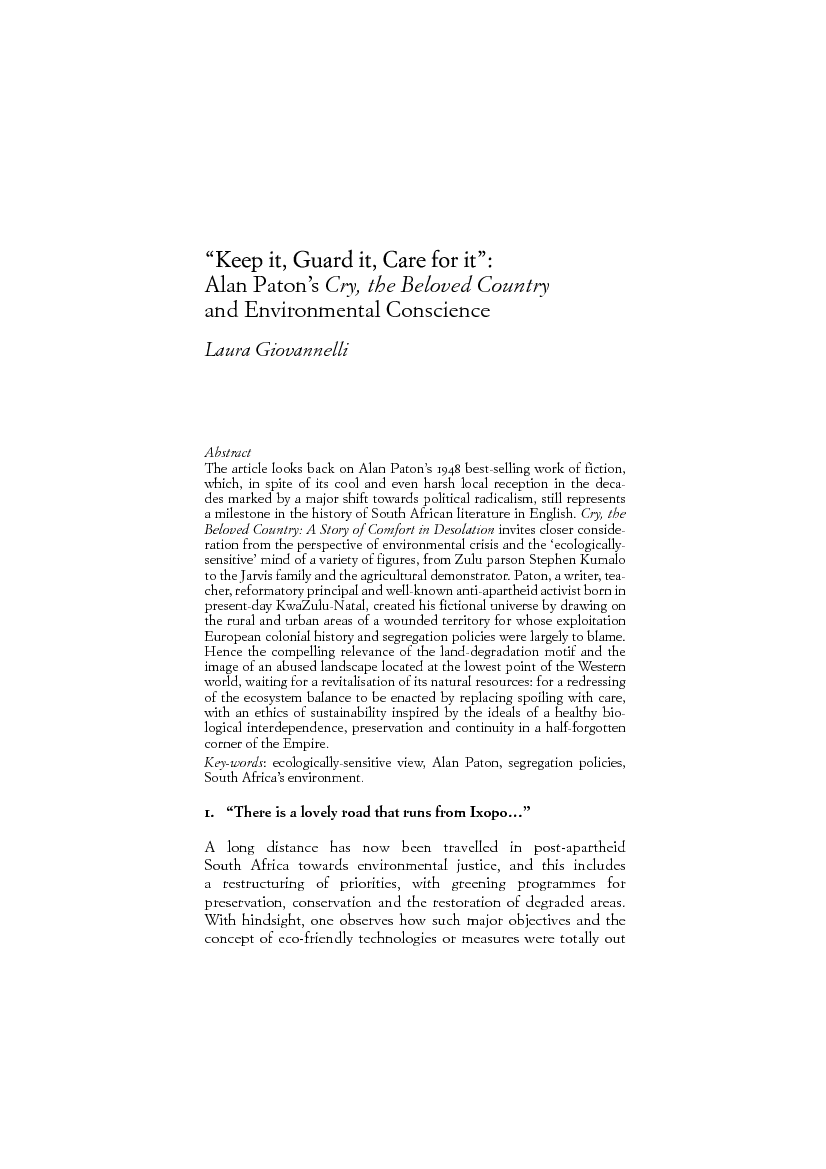