Adopting the theoretical approaches of cultural and postcolonial studies, this article will look at ways in which the peoples of the Canadian North and their objects are represented in "colonial" documents, displayed and/or housed in the Manitoba Museum of Winnipeg. In order both to examine the persistence of the colonial Victorian imagination of distant lands and to deconstruct the stereotyped imagery of the North, this essay will focus on the presence of Inuit peoples in northern lands, and on the cultural function of the museum as re-activator of the relationship between people, land, and objects. The colonial perspective will be contrasted with indigenous peoples' representations of themselves. Different stories will be revived and narrated which will give names, identity, and cultural significance to the artefacts in the museum. An "amauti" - the Inuit garment for women - and other Inuit artefacts will be offered as a case study. 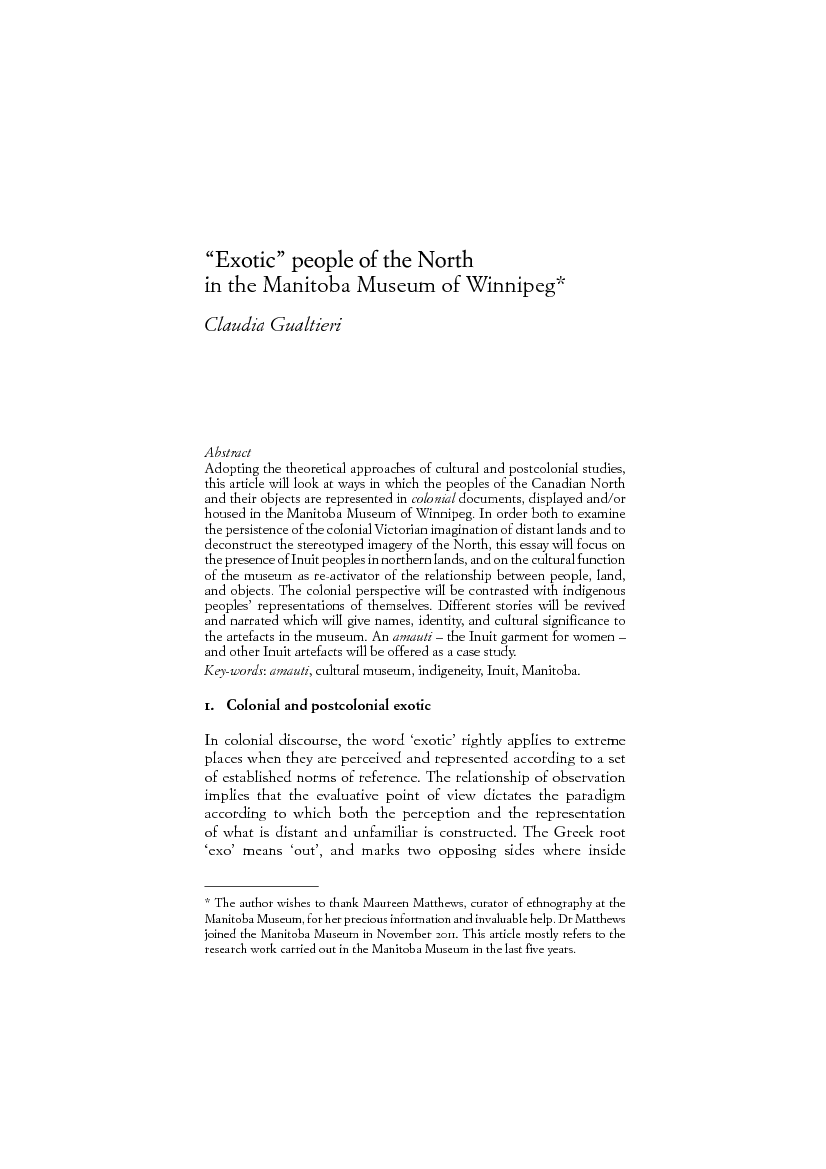