The essay explores the process of revision which brought Mansfield to transform her draft for "The Aloe" into the short story "Prelude", and the several stages of revision that led to the published version of Woolf's novel (or "play-poem") "The Waves". Although performed with different editorial aims and in different moments of the two writers' careers, the processes reveal a similar attempt at reproducing "the world seen without a self" ("The Waves") via more and more refined forms of impersonal writing. In both cases, narrative and linguistic emendations tend to increase the transparency of the writing self, in an endless Deleuzian process of "devenir-imperceptible". The analysis of the transformations undergone in time by the two texts, both in terms of narrative voice (role and presence of omniscient narration, insertion of inanimate points of view) and language (interchanges among metaphors, similes and metonymies), thus reveals how Woolf's and Mansfield's works of revision underlie their conception of the literary text as an ever-open archive, mirroring the subject's everchanging perception and malleable relationship with language. 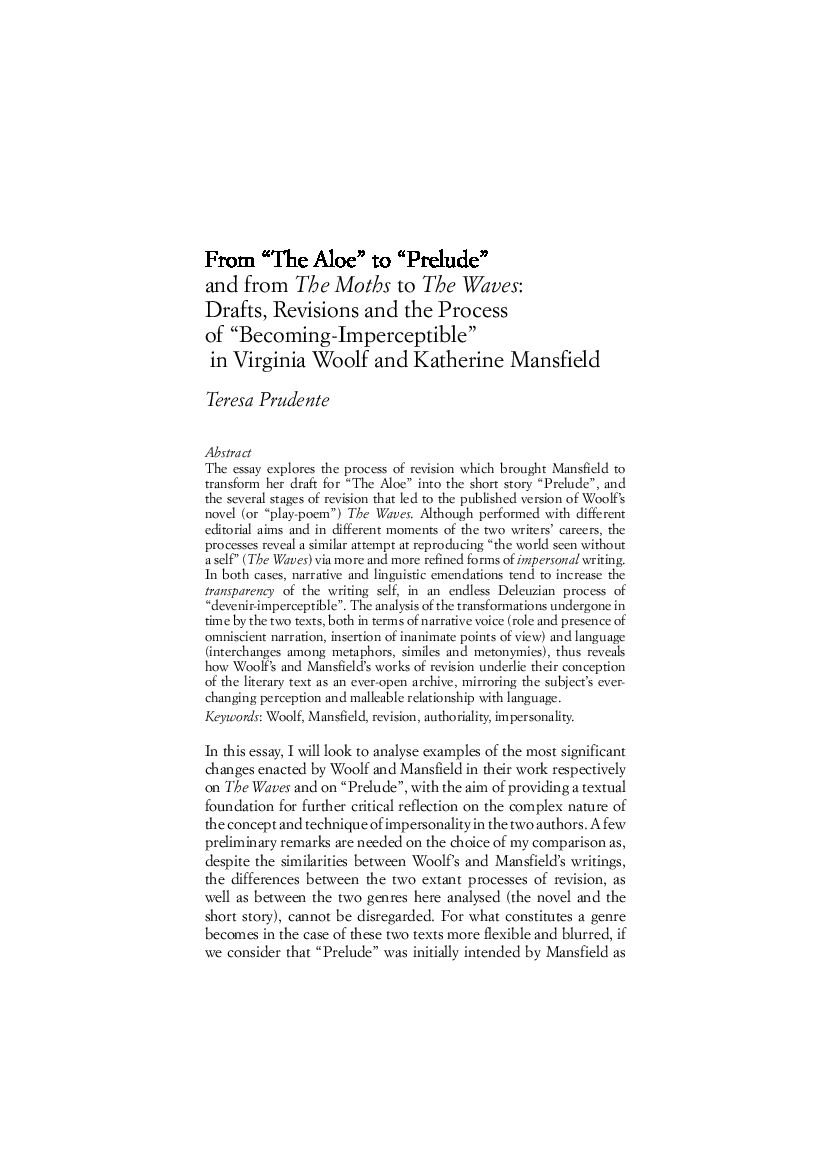