This article casts new light on Austen's deployment of manners as an ideological mainstay in her fictional universe and, concurrently, on her uses of Englishness. It considers how her output explores manners not only in relation to individuals or social groups, but also from a national perspective - that is, national characters as imaginary structures of collective identity and agency. Starting from the eighteenth-century discourse on the characters and manners of nations, this article examines how Austen addressed, questioned and, in some important respects, subverted constructions of national manners and, especially, ideas of a monolithic and regimented Englishness. It demonstrates that, though Englishness was an indisputable fact for the novelist, her fiction represents it as both cohesive and multiple, as well as endowed with negative or positive connotations that may be either identified with or rejected. Stemming from this subversive engagement, Austen's Englishness appears a more irregular, multifaceted and mutable category than the novelist is credited for by commonplace celebrations of her fiction as a shrine to a seemingly fixed, quintessentially English character. 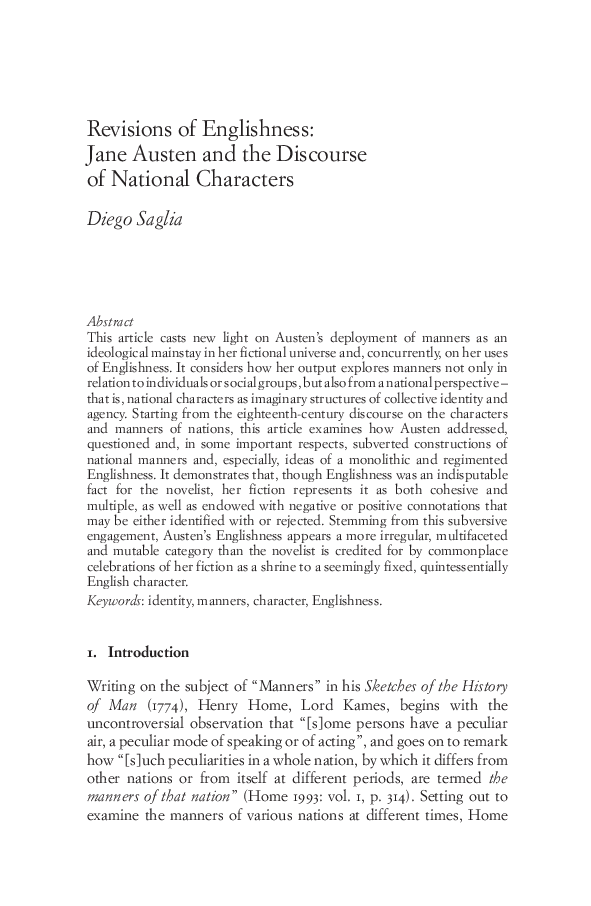