This paper discusses a singular experience of prison theatre in Italy, a country that has recently seen an increasing number of workshops and performances held behind bars. Between 2011 and 2014, Teatro Metropopolare staged a Shakespearean trilogy in La Dogaia prison in Prato (Tuscany), and ran a video-theatre project in a young offenders' institution in the same region. The group is headed up by Livia Gionfrida and organised as a collective: it is less structured compared to a company, and each member has a considerable impact on the performance process. This wide participation of actors-prisoners in composing productions is the focus of this paper. The productions are never closed and defined, and always have potential for modification. By using different languages and local dialects, along with their musical and sports knowledge, prisoners become active players in the creative process and build their own popular, shared, and innovative Shakespeare. 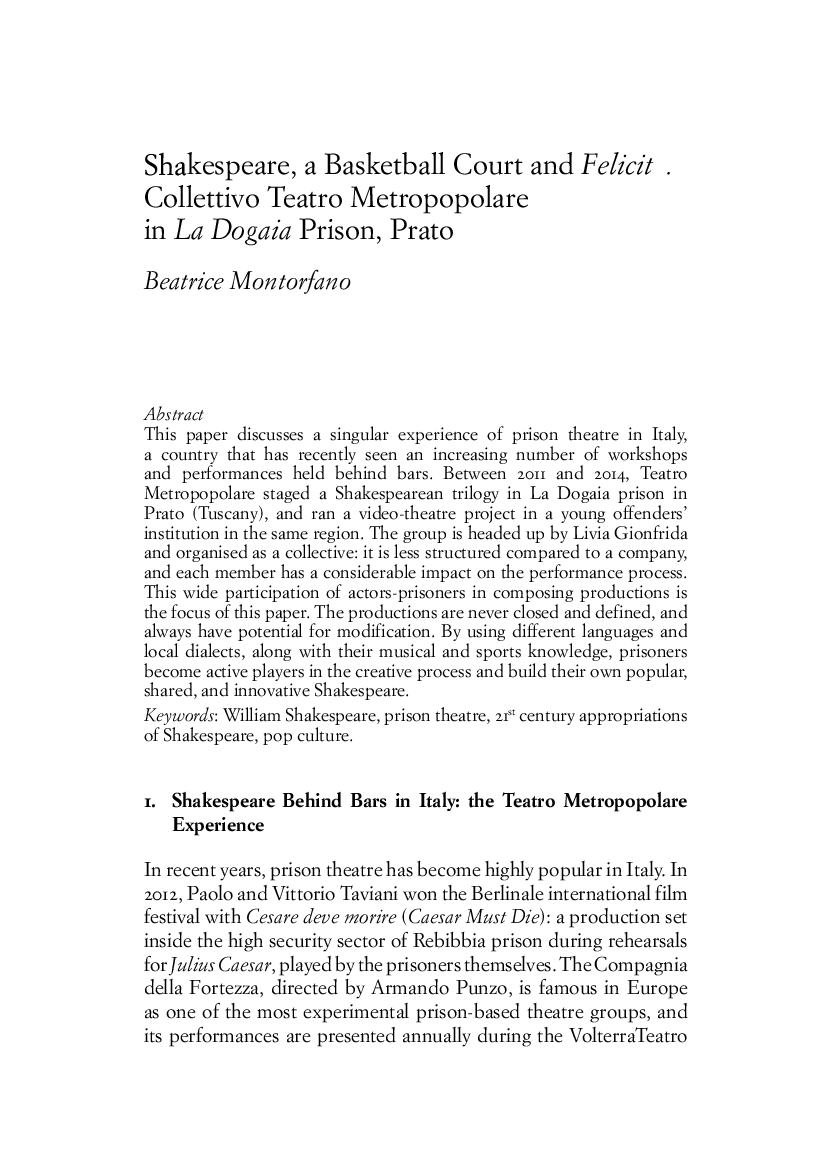